Chris Evans claims he heard the voice of God – should we believe him?

“…5 years ago, I was driving back from London to Berkshire. As I was approaching Windsor Great Park, a voice from somewhere (definitely not mine and I think from up above) instructed me to pull into the car park and try to run around the lake. Which I duly did, no arguments”.

Evans felt a “universal force” had taken him over.  So The Times and several other newspapers reported a few days ago.

Prior to the popular DJ was not a runner or jogger of any description, but since then he has trained daily and completed an impressive list of events from Park Runs to Marathons. He is now something of an advocate for healthier lifestyles and jogging.

But that leaves us with a few questions about this episode with Chris Evans:

Did God speak to Evans?

Why did God choose Evans to give us his running advice?

Is God still speaking to Evans? (About what?) 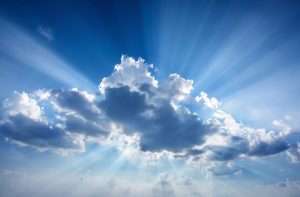 How does God “usually” speak to people?

Firstly, through his word …. offer a welcome to strangers, don’t obsess over money, love each other so people know you are my followers. Scripture is full of God’s word speaking instructions to us on how to live. The instructions might not be easy to follow, but they are usually straightforward to understand – we know what we are supposed to do. It’s important to remember that no matter how God speaks to us (see the next two ways) it will never contradict scripture.

Secondly God can speak to us through circumstances and people we trust. This one is a bit more difficult, but God can use circumstances or things he has allowed to happen to us, to guide us or draw us closer. Whether it’s a unique talent, an illness, a desire to do something new, or a Christian friend advising us, God speaks.

Third, and most difficult, is the voice out of the blue. Have you ever had a thought that pops into your head and you know it’s the right thing to do, but it is counter intuitive and not the sort of thing you would ever have thought of? God speaks through the still small voice of his Holy Spirit, most often a thought which we somehow know has not come from us. Whether it’s ‘’give that sandwich you just bought to that guy begging in the street,” or a solution to a thorny problem at work or to call someone and it turns out to be just moment they needed your call. This way is hard because we are not accustomed to being still, being quiet, or listening.

Have you ever had a thought that pops into your head and you know it’s the right thing to do, but it is counter intuitive?

And it’s an audible version of the still small voice that Evans seems to be claiming.

Many of us have experienced the quiet voice of God at some time. But, apart from a thought that appears in our heads, how else does this happen?

I know people who, intriguingly, claim that we are especially receptive to the voice of God when we are sleeping – or almost sleeping. This amounts to dreams and visions. Can they be from God? Certainly, there are many examples in the Bible from Jacob’s ladder to Paul’s “man from Macedonia” to pretty much the whole of Revelation.  A retired minister friend of mine speaks of the period just before we awake in the morning when we are open to hearing from God: “The half-asleep, half-awake period before rising is a time we can be receptive” he says.

On one such morning he had a dream. He saw the living room belonging to two elderly sisters in his parish. The strange thing was that their usual furniture was gone. Instead the room was crowded with beds. He had the feeling that something was not right, so much so, he arranged to call in. They showed him into their living room – but no beds. He dutifully provided polite conversation over a cup of tea and made to leave. But just before he left the sisters told him their sick brother had come to stay with them. He was in the next room but every evening they made up a bed for him in the living room. The minister spent time talking and praying with their brother in the next room as he drifted in and out of consciousness. He died before the day was out.  Was this minister briefed through his half-remembered dream? (Read the full account using the link at the end of this blog). 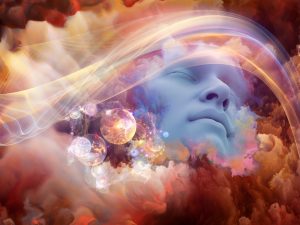 Perhaps we shouldn’t dismiss those half remembered dreams?

But Evans wasn’t asleep and dreaming. He was awake (well I hope so, as he was driving), and he heard a voice.

Very rarely do Christians hear an audible voice. I once did hear what I believe was the voice of God, but only ever once. It was on a night thirty years ago when I gave up my faith. I felt I just couldn’t be a Christian anymore because of my many weaknesses and failures to withstand temptation and a complete lack of self-worth. I prayed a “final prayer” – something like “… I can’t do this Jesus so let’s just leave it” kind of thing.  I don’t remember my words, but I vividly remember the reply – because it was entirely audible: “You may let go of me — but will never let go of you”, is what I heard. It shocked me, and it was enough for me to hold on to.

So, having gone around the houses, did God really speak to Chris Evans?

Well, God knows, and hopefully Evans knows, but I am not sure anyone else can know. Evans now has a much heathier body and lifestyle and is an advocate for running which is all good. But is he getting to know God any better? If he is he hasn’t written about it yet .… and who does he mean by “God”?

But here’s the most important question. What if God was trying to get through to you – what means could he use?

Do you think it would work? 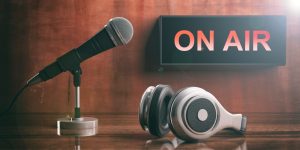 This article originally appeared on  Premier Christianity and later in the Baptist Times
Enjoyed reading this? Try reading Does God Still Speak Through Dreams?

First and foremost I believe God speaks through his written word. I could write a book on the many different ways in which God speaks to me and twice it has been an audible voice so much so I have turned around to look and there has been no-one there. Gods supernatural steps into our natural and we should never doubt because he is God and B Sovereign over all. I’ve lost count how many times he has spoken to me through his creation. Only yesterday I was praying in the garden that God would give me a sign about… Read more »

Thank you Cathy., I too am a huge believer in God speaking thru creation — it’s shouting out! .…. and it keeps me going 🙂
Would be interesting to hear more of those occasions when you felt an actual audible voice

Really interesting — hadn’t heard anything of this before.

I guess the difficulty is that it seems a little odd if it’s about exercise and nothing more — I’m not denying the importance of a healthy lifestyle, but if that’s the end of the story, it feels a little strange of an ending.

Of course, if there’s more to the story, which I’m sure there is, I’d love to hear it!

Me too! Cheers Joe

The absolutely fascinating thing is that Mr. Evans simply believes it to be true and it has been enough to spur change in his life. People don’t tend to support and follow a lie.

Thankyou Chris — but is Chris Evans “following” something — apart from simply running?

I find it more strange that some Christians don’t think they’ve heard from God. Whether we recognise it as an audible voice like we’d hear other people is another matter. Throughout my Christian life, and I believe even before I came to faith, I’ve had God ‘speak’ to me in different ways. I think as Christians we need to learn to listen more and demand less. And absolutely I believe that God’s spirit prompted Chris Evans because I think the test is in the fruit — the result was life-giving, life-transforming and life-affirming … these are all symptoms of the… Read more »

Thanks. However I think Joe also makes a good point ie … “was that it?” … Wouldn’t we expect something else?

This is a tough topic to talk about since the New Testament doesn’t give any clear instruction about these moments. However, the narrative of the New Testament seems to indicate that moments like this are possible (Paul’s vision in Acts 16 is a good example). I think many Christians are concerned with those who would claim heavenly visions because of their firm belief in the authority and sufficiency of Scripture. However, I don’t see a direct contradiction there. God may choose to speak to us through the indwelling of the Holy Spirit (God lives inside us—should we really be surprised… Read more »