After the shocks of 2016 it seemed like there was nothing left to happen!
What with the UK’s BREXIT vote and the election of America’s unpredictable president – how do you top that? Well 2017 didn’t have the same shock value, but it did have its share of defining events. Here are just three – with three still to come.

Fifteen years ago Michael Fallon (the recently resigned UK Defence Secretary) placed his hand on the knee of a female journalist.

Was it predatory sexual harassment, or was it clumsy and stupid? What was the context? Was there light-hearted banter? I don’t know. But if you read the female journalist’s account, she regards it as an amusing story from her past that was blown out of all proportion. She says we appear to be returning to an age where:

“… every interaction between a male politician and a and woman is now the subject of righteous investigation”.

More serious was the recent suicide of Carl Sargeant, the Welsh Labour Minister. Sargeant was immediately sacked when allegations of inappropriate conduct emerged against him. He was never actually told  what he was being accused of. But there was a quick trial by Twitter and four days later he took his life. His family claims there was a lack of common courtesy and natural justice.

Have we entered a frame of mind where we automatically and self-righteously believe almost any accusation? Our media has, and I think maybe we have. Accusations get media coverage whilst an accusation that later proves false does not get equal treatment. It’s just not a great headline to say “… umm it didn’t happen after all”.

We need to take care. There are sexual poster-villains in our midst. Jimmy Savilles, Harvey Weinsteins; and even worse, those who operate invisibly in our offices, schools, organisations, and, we must say it, churches. Michael Fallon also has other accusations against him – and in any case it’s never acceptable to place a hand on the knee of someone who isn’t intimately known to us. But we need a proportionate response. And we don’t help the cause of young women by telling them they are all victims.

Lining up to shout “burn the witch” after every #metoo accusation may make us feel morally superior. But it does not make us morally better.

Christians with traditional views are now the Heretics 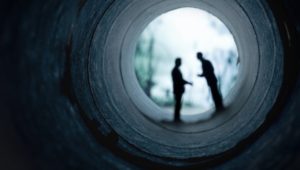 Do you have opinions which you believe to be Biblical and traditional?   If you do, then YOUR views are unacceptable.

Traditional, Biblical views do not conform to the politically correct agenda of our liberal western society. In that sense, you are promoting unacceptable opinions. You are a heretic.

Over the past year examples included a church school banned from conducting assemblies and teaching on “traditional marriage” disappearing from school lessons on sex and relationships. Oxford University came close to banning its Christian Union. And we heard about the Christian parents blocked from adoption because they think children should have a mum and a dad. In every case, it’s the traditional view that is shouted down.

This topic boiled over in June when Christian Tim Farron resigned as leader of the Liberal Democrats. This was because of his answers to a journalist who repeatedly peppered him with the question “Is gay sex a sin? … Is gay sex a sin?” Farron was singled out because he dared to have a view based on his faith (even though, bizarrely, his view is liberal!). At his resignation he commented:

“I seem to be the subject of suspicion because of what I believe and who my faith is in … we are kidding ourselves if we think we yet live in a tolerant, liberal society.”

Well known commentators and interviewers behave as though ANY opinion arising from faith must be ridiculed and excluded. Shows of faith are allowable at times of national ceremony like a royal wedding, but otherwise they regard such opinions as intolerant and a dangerous threat to society.  Unfortunately, these people fail to see that their position is itself therefore an intolerant worldview that does not allow any other worldview.

Secularism itself leads to an intolerant worldview

The search for spirituality has never been greater 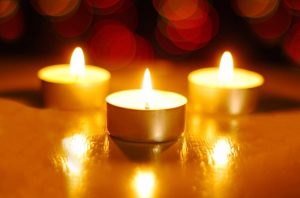 Every year a survey pops up somewhere that claims to show a national decline in faith.

And 2017 was no exception. In September the British Social Attitudes survey reported that 53% of people in the UK are now “non-religious”.

But this survey was not about faith. It was about people’s association with organisations such as the CofE or the Catholic Church. We already know fewer people attend formal Sunday services. That’s not news. People have been leaving mainstream Sunday services since the 1950s. Before that we had “Christendom”, when everyone had to go to church to fit in with society. You became a Christian by inertia, you were born into it. Although some hearken back to the good old days when the pews were packed, they were packed with nominal believers, attending against their will.

But not only is this not newsworthy, it misses what really is interesting: the spirituality we see all around us.

Successive studies report that 50–60% of people claim to have been “influenced by a presence or a power”.  Nick Spencer from the think-tank Theos in a recent interview stated that eccentric and paranormal spiritual beliefs have been on the rise over several generations. A study earlier this year concluded that the main reason for young people coming to faith was a church building. And of course there is always interest in meditation techniques, horoscopes, an after-life and so forth.

It makes sense if you think about it. Few of our friends are hardened atheists ie would state “there is no God”. Most have some personal idea of spirituality. It is often primitive – like when a minister friend of mine was asked to baptise a dog (seriously) —  but it’s there.

We can dismiss it as superstition, or we can try to work with it. Primitive spirituality can be a millstone or a stepping stone for churches. Which one? Well that’s down to us.

We live in unsettling times (as well as interesting). We see that society is morally confused, and yet wants to marginalise the clarity that can come from clear Biblical teaching. But we also see people who are spiritually aware, often searching, if we can only tune in to their search.

Read tree more lessons — World Disasters, the Reformation and Grace — in the follow up blog.

This article was also published by the Baptist Times and Premier Christianity.

I recently came across 7 Minutes’s post, ‘Sexual harassment, secularism and spirituality — 3 lessons from 2017 — 7 Minutes.’ I wanted to pass along my compliments on the article. My name is Amanda and I’m the Community Outreach Manager for John F. Marchiano Law Corp.

Great — thanks for the compliment and also for taking the time to read and comment Amanda!

Thank you for this Chris. It reflects something of my own thinking across recent months. Tolerance is very intolerant of anything which, by its own sights, it deems to be intolerant! It then generates its own censorship. I find myself pondering two related issues. 1. Does the refuting of deeply-held values lead to a mediocrity of vision and action, where nothing is really important any more, so what’s the point? The present Pope has used the term ‘globalisation of indifference’ which seems to capture this danger rather well. 2. Following on your section on church statistics, I have long wondered… Read more »

I love your statement on “tolerance” Malcolm — very insightful!
On your point 1, I think there may still be values in society which people regard as deeply held .… loyalty, helping our neighbour, to some extent charity, and of course what people call “tolerance”.
Point 2 — tough question! Hadn’t thought about it — don’t know! But I certainly think that being a minority is good for us ie makes us more agile, forces us to think, demands that we question our relevance .….

Thank you Chris. I think we can also add that the opportunities for the Gospel have also never been greater! That is what we need to keep reminding ourselves. God has allowed this situation to develop and we need to be mindful to be obedient to how He calls us to live and respond. As someone one said it is far better to light a candle than curse the darkness.

Yes — church “on the margins of society” may feel like an uncomfortable place, but it might be the best place as it forces us to think, to become agile, to make ourselves relevant, to take nothing for granted.

Really interesting Chris thanks for once again winding me up. I love these discussions. I have thought of myself as many things but never a herotic but in the light of these comments I am proud to admit yes I am that because I do hold to Biblical opinions and traditions and I am not afraid to stand up and say what I believe. I am fed up with Christians being more and more marginalised and watering down the word of God. I am not ashamed of who I am in Christ and I am not ashamed to claim the… Read more »

Your comment very much reminded me of Romans 1.16.
On a positive note Tim Farron has given some feisty defences of his faith since his resignation. Thanks for the comment.

Interesting — lots to thnik about and absorb, as usual!

“Secularism be an intolerant worldview.?”

Although it is supposed to mean simply separation of religion and state it has actually come to represent the mnimisation and marginalisation of opinion based on religion. eg that seems clear from the arguments of groups like the National Secular Society.
However i take your point on correct use of the word and have slightly modified the call out quote above.
.… Or do you disagree with the idea here?

Hi Neil and thanks BTW for your comments. I am fine with a separation of church and state – its actually quite close to our views as Baptists. It’s what this actually means that you and I probably disagree on. You appear to think that “the church” (… whoever we mean by that) must has no place in affecting government (maybe public life as well?). Do you assume that a faith-based influence is always somehow detrimental? Or is it for you more a point of principle? Either way I think this leads to what we are seeing today, where any… Read more »

You are entitled to your beliefs, and follow your faith as much as you want. What I object to is the influence on government, and I object to faith schools, which leads to segregation. Your faith should be practiced at home and church.

Schools would still exist without the church.
You missed out a few organizations that help people. Oxfam, Medecin sans frontiere, Bernado’s, British humanist society, The red cross, I could go on.

.… Of course — they do wonderful work! I was answering your “practice your faith at home” point, not trying to list all the world’s charities.

It came across as though you were saying that you need a god to do good.