What would it take to convince you that Christianity is false?

Son: Dad I know you’ve brought me up to go to church and I know it’s important to you that I believe, but I don’t think I can believe this anymore.
I’m not sure that Christianity is true.

That’s not the first response most of us would think of on discovering that our grown-up child no longer follows our faith. More likely we would have feelings of bitter disappointment, perhaps feelings of failure on our own part. After all, they made a commitment as a child (just like the child in this story), what went wrong?

But that was the response of veteran Christian author and speaker Josh McDowell. His son, Sean, at the time a university student and exposed to the wider world of religions, science and philosophy, had come to see him. To be fair it wasn’t all that he said, the rest went something like this:

Dad: Yes. I heard what you said. You can’t live your life on my faith son. You have to figure it out for yourself.
I believe Jesus is the truth and I pray you will discover that.  But even if you don’t, your mother and I love you anyway.

Sometimes, it’s OK not to believe.

People need space to figure stuff out. Figuring it out is what thinking people do. Some will land on the side of faith, others land on the side of atheism. Both have figured stuff out. What can help both Christians and atheists is a secure, calm, and respectful environment for discussion. And that was the tone at the recent Friday night conversation hosted by Justin Brierley at an Unbelievable? conference in the US. The conversation Justin hosted was between Christian speaker Sean McDowell (yes he turned back to his faith!) and “The Friendly Atheist” Hemant Mehta.

Of the many topics debated on this evening, the question at the top of this blog, what would it take to change your mind? is a crunch question for anyone, with or without a faith. 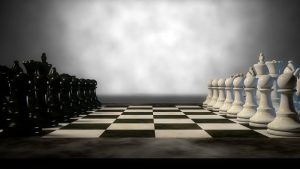 What would it take to convince you Christianity is true?

This question was posed a couple of ways to Hemant who is without doubt a thinking, articulate, and incredibly well-read atheist. Hemant explained his view that he doesn’t think there are any new Christian arguments left for him to hear. There are no arguments that can persuade him of the God of the Bible. He’s heard it all before (many times over).

Hemant suggested that for him to become a believing Christian God would have to provide some kind of “personal experience”, some direct, convincing intervention in Hemant’s life. But I doubt that any personal experience would convince Hemant. “Why doesn’t God just show himself to me? Why doesn’t he just come down here?” is a question I was once asked by Diane, a 15-year-old in my youth group. Same demand for a personal experience. But the idea that God has already come here and in fact lived and died here was not enough for some people in the time of Jesus, and would not be enough for many people today, including, I suspect, Hemant. After all, there is always some other explanation we can come up with if we don’t want to consider that a God outside of our conceptual framework, might exist. “He already came here” I said to Diane, “and people still didn’t believe”. It wasn’t enough for Diane either.

I once heard it said (actually on a previous edition of Unbelievable?) that even if God miraculously wrote “I LOVE YOU” in the stars, some people would still respond with anything from “it’s a trick”, to “I need to see a shrink”. There is always another explanation if we are determined to find one.

But what happened when Sean was asked the opposite question? 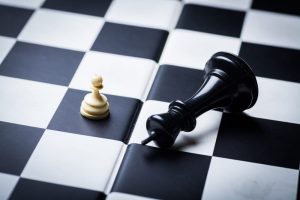 What would it take to convince you that Christianity is false?

Christian speaker Sean spoke several times on evidence for Christianity. “Faith is not believing something without evidence”, he said, “there are many documented eye-witness accounts to the life and works of Jesus, and, in a court of law, eyewitness accounts carry significant weight”. Hemant replied that due to the inconsistencies and ancient nature of these accounts they are not “good evidence”. (Of course, there are other sources of evidence for Christianity including for example the transformation in the early disciples who went on to start the church, or the minimal facts of the resurrection).

To his credit Sean owned up to sometimes doubting aspect of his faith. Sometimes, he says, he doubts many things, that’s what keeps him thinking, seeking for more, keeps him in conversations like this one. But, he was clear about his conclusion:

Coming back to the question: what would it take to convince you that Christianity is false? Sean answered using Paul’s thoughts in 1 Cor 15:

“If Christ has not been raised from the dead, we are false witnesses … our faith is futile … and we are of all people, most to be pitied”.

Therefore, says Sean, if someone were to disprove the resurrection of Jesus, he would give up his faith. Most of us, including me, would agree with that. But, an atheist would argue, an event that is 2,000 years old can never sensibly be disproven or proven. It’s almost impossible.

In which case, it seems that both Hemant and Sean have adopted positions that are impossible to move away from. That led me to wonder that perhaps many people (atheists and people of faith) are somehow entrenched, or “hardwired”. Many of us it seems can never move from our hardwired position. For one side it’s obvious that there IS a God and not believing in God essentially requires “a leap of faith” to believe that everything started by itself and is ultimately pointless. For the other side it seems equally obvious that there is NO God, believing requires a leap of faith equivalent to believing in fairies or Santa Claus. I wonder if this kind of hard-wiring is there and if so, why?

A final intriguing question asked of Hemant was: Would you like there to be a God? In other words:

As an atheist are you disappointed that there is no God?

Interesting question! Hemant’s response was at the same time honest and generous. He responded that it’s not about what you might like or not like, it’s about what is true or not true. But he added that it is disappointing that there is no atheist equivalent to church community. Church community is a wonderful infrastructure that believers can lean on in times of trouble. “When things are going wrong in your life churches are great at helping you through that stuff” said Hemant, “… they bring you chicken soup!”, agreed Sean.  Hemant noted there have been attempts to create atheist churches, but they don’t do this “one-anothering” as well as churches. 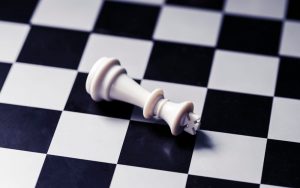 The take-away: the tone of our discussion is as important as the discussion

This was a gracious, good-natured, often humorous dialogue. The respect afforded by both speakers made for a great listening experience, robust yet civil, disagreeing yet engaging. This willingness to engage with people holding a completely different worldview is something we churches, and Christians don’t do very well. Think back to that conversation the young, unbelieving Sean had with his father. How many of us would have the courage, (and the sense), to not panic, but simply say what his father said?

Happily, this conversation at least, was not one of those. 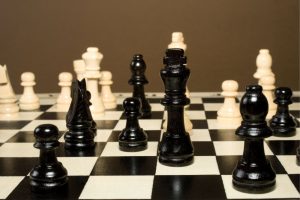 This article was written for the Unbelievable and published by Premier Christianity
Looking for more? Try Do you have enough faith to be an atheist?

Hemant Mehta is an atheist activist, blogger at The Friendly Atheist, and author of The Young Atheist’s Survival Guide.

Sean McDowell is an internationally known Christian speaker, author and teacher, and co-author of Evidence That Demands a Verdict with his father Josh McDowell.

Thanks for the info and God bless you

Thank you for this. Very helpful.

Hi, Chris — Thanks for the message and your thoughtful writeup. It’s fair to say that the things Sean and I said would change our minds are really hard to do, though I would argue disproving the resurrection is far more of a stretch than “just show me any of the supernatural stuff you talk about is legit.” I always hear anecdotes. But the plural of anecdote isn’t fact. So that’s why I said it would really have to be personal since it’s much harder to dismiss something you’ve experienced. Not that we wouldn’t try, though (like you said).

Hey thanks for the response Hemant.
I’m still not sure you really would be convinced by the personal revelation though ?

Thank you, Chris. I read and enjoyed your blog on this debate
Penny
Josh McDowell Ministry

And thanks fro reading!