Was Jesus political … how would he vote?

… and the accidental instigation of Brexit by the Government last June was a mis-calculation that continues to cause seismic shifts up and down the land. It was never meant to happen but here we are a year later with the latest in the chain of events that began in June 2016: a general election.

Of course, remembering how we got here is all very interesting, but it doesn’t help us decide what to do next, indeed, who to vote for. Do you have a clear idea who to vote for? Brexit has resulted in many voters not knowing who they will vote for, and I think I’m one of them.

So far I must admit I have felt quite impassive – unmoved – by anything I have heard from any politician. Brexit could change everything — and I just don’t know how this country will look afterwards. So, talking about the NHS, social reform, the latest tax raising initiatives, even national security is all fine, but it kind of feels like moving my furniture around while someone’s coming to build a road through my house.

And not only that but all our major party leaders are saying very similar things. Everybody cares about the under-privileged. Everyone is keen to stress that society must be fairer and the economy stronger. Everyone will be tough on terrorism. In fact, all our parties have shifted towards the centre, and capitalism and socialism have never sounded so alike. Recently the Spectator labelled Theresa May as “Red Theresa – the most left wing leader the Tories have had in 40 years”.

At the same time, according to certain broadsheet newspapers, Labour have so little chance of winning, they can promise us anything they like. And the campaign debates are ending negatively with Theresa May’s “coalition of chaos” uncannily similar to Hilary Clinton’s strapline “he’s not fit to be President”. (… And that backfired in a big way). 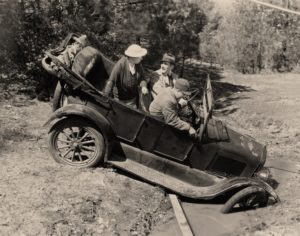 But this sort of negative thinking won’t do. We are privileged to have a political process and it’s our job (… and my job) to get to a place where I can exercise a considered vote – as a Christian.

But what has faith got to do with politics?

For some Christians combining faith and politics leaves a bad taste. We prefer to separate politics from faith. Politics is a bit messy and its much nicer if we keep Jesus out of it. We prefer our sanitised Jesus who wore clean white robes, told good stories and made people better. And that’s a far cry from the cynicism, the grubby insults, and the fake promises we associate with politics.

But let’s ask a similar question: was Jesus political? Well think about it. Jesus constantly berated the governing authorities, he attracted huge crowds at public events to tell them the kingdom of heaven belonged to them. He stood up against injustice and regularly gave speeches pointing to a new order. That sounds pretty political to me. No he wasn’t “party political”, but Jesus was one of the most political characters ever to walk the earth.

Jesus was one of the most political characters ever to walk the earth.

Christian faith is relevant to all aspects of living – even politics. But then what is the overriding issue for Christians? 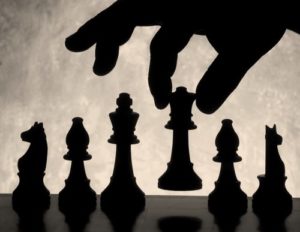 Its less about issues this time and more about character

I don’t see an overriding issue. Not that issues are unimportant, but the eclipsing effect of Brexit makes them less directly relevant.

Maybe this was the idea in the mind of the final questioner on the BBC’s election debate on May 31st:

In what way does your leadership have the talent and the character to take this country forward?

What a great question!
It completely undermined all talk about this issue and that issue. And when we don’t know what’s going to happen anyway isn’t it more about who you are, than what you say?

Sadly most of the speakers in the debate either didn’t understand the question or didn’t want to talk about it, which is a shame. But that doesn’t mean it’s a question we should duck as well. Surely it is more about who you trust to stay true to what they have said. It’s more about authenticity, humility, resolve, trust, courage, and a genuine concern for the poor. And it’s also more about who these people are today — less about what we think they might have done decades ago.

If you have a Christian MP seriously consider voting for them. There’s never been a more critical time to have men and women in Parliament who realise a higher calling over and above whatever issues are going on. And accept there will be some views they hold with which you will seriously disagree.

Recognise that whoever you vote for you will be disappointed

This not about politicians breaking promises – our politicians fail and mess up just like we do but they are largely in politics for all the right reasons. It’s just inevitable with this country facing so many uncertainties over the next 2 years that, whatever promises are made today, they may prove impossible, untimely, or will simply be overtaken by greater events as we approach Brexit.

When the election was announced the ecumenical Joint Public Issues Team urged Christians to disagree well amidst unpleasant and divisive rhetoric in this election. Sound advice, and we need to carry on disagreeing well. We need to support whichever flavour of government and opposition we end up with and look out for those who are inevitably always marginalised (whichever government we end up with). What happens after June 8th is more important that what happens on June 8th. The election doesn’t end the uncertainty, the questions, the debate.

There’s a lot more disagreeing to be done … but it’s up to us how to disagree. 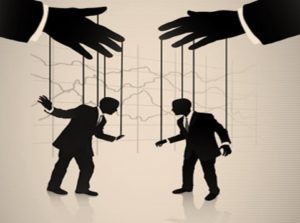 If you enjoyed reading this leave a comment, and try Election 2017 — are we losing the plot?

He (Jesus) would say what about the poor,in prison, the lonely, the marginalised e.g when did you see me hungry ‚thirst, poor, sick the mentaly ill and dying.

Thanks for this Chris it has been very helpful. Like you I am struggling as to who to vote for. I made two lists looking at the manifestos and weighing them up together and there wasn’t much to pick between them. Then I prayed and if we had a Christian party they would have had my vote because they stood for justice and righteousness but unfortunately we don’t have such a representation in our area. One thing I am certain of is the fact that God is sovereign over it all and whoever get the vote to become our next… Read more »

Thank you for that Cathy!

Interesting and insightful use of the word ‘political’ … ie more general than we tend to think but yes, why not!
Good to read — still unsure how to vote!!

To some extent — me too! But postal vote sent in now 🙂

A helpful perspective Chris. What appears to be lacking is clear and compelling leadership. So much appears to be spin or done for style over substance and the media’s short attention span. Thank you for also pointing out the need for solid character to underpin leadership. Having said that it would be foolish to completely disengage. It makes me think of Churchill’s quote, “Democracy is the worst form of government, but it is far better than anything else that has been tried!”

Too true — we are imperfect people trying to get along imperfectly, but we should still take seriously the responsibility to do that as well as we can

Based on current and proposed policies I think the answer to your question ‘how would Jesus vote?’ is probably ‘anything other than conservative’. While I wholeheartedly agree we must look to leadership character, we should also look to track records. While there may not be one over riding issue in this election, the systematic exploitation and marginalisation of the poor and disabled, and the consistent undermining of health and education systems by the Conservative government cannot possibly be in anyway in line with Jesus teachings. As theologian Joerg Rieger says, we have a situation where wealth is privatised for the… Read more »

Hi Jane — and thanks for commenting. While I do agree with you that our current government has not prioritized those on the margins and this stands against them, I don’t feel that any other party would necessarily have done better overall. as seems to be assumed in your text above. Do you see that clear track record in Tony Blair’s government? I voted for Blair in ’97 but felt utterly let down by what turned out to be the Iraq deception in 2003. Their ideology may well be aligned but I dont think that actually plays out .….? I… Read more »

I am not sure what you really mean by stating that “Jesus was one of the most political characters to walk on earth”. At its simplest we are all political either because we are against any element of the status quo or for it but it is not really saying anything. Jesus message seems to me far more far reaching or demanding than you are suggesting and it is not self evident that Christians should be involved in politics. Old Testament people who found that they were involved with worldly governments, Moses, Joseph and Daniel as examples, did not seek… Read more »

The ‘render unto Caesar’ passage you mention has been fundamentally misunderstood and is in fact the opposite of what you suggest. It is a direct challenge to the existing authorities, not an instruction to be obedient to them. Much in the same way that going the extra mile was a subversion of the Roman oppression of the Jews. An explanation can be found here https://www.google.co.uk/amp/s/liferemixed.net/2012/04/02/show-me-the-tribute-money-a-perspective-on-render-unto-caesar/amp/. I believe Jesus was radical and subversive challenging those who abused power and that we are called to do the same. The Christian gospel is inherently political and cannot be interpreted any other way.

I think the Christian gospel is so that we should have peace with God. Matthew 28 v18 suggests the authority that Jesus claims and what the purpose is.
I think you would need to provide scriptural support for your view rather just an alternative commentary. Samuel 24 does not imply that we should be subversive.
If our faith is in political parties we will be disappointed.: ” My peace I give to you” John 14 is not as the world.gves it. John 3 v 35

Hi Steve – thanks for reading good to hear from you. Briefly: — A lot of this hinges on this word “political”. As I tried to explain I am not talking “party political”. But in his stand against the injustices of his day Jesus was more active than either you or I or any of us. — Your comment “we may find ourselves in politics and able to do good, but should we actively seek it?” I think the answer is emphatically yes we should actively be seeking to do good, and if that can be done through politics, then… Read more »