Why does God allow suffering? II

A young New Yorker named Glenn Chambers had a lifelong dream to work for God in Ecuador. At the airport on the day of departure he wanted to send a note to his mother but he didn’t have time to buy a card. He noticed a piece of paper on the terminal floor and picked it up. It turned out to be an advertisement with “Why?” spread across it. He scribbled his note around the word “Why?” That night the aeroplane exploded into the 14,000 feet Columbian peak El Tablazo. When his mother received the note after the news of his death, the question burned up at her from the page….Why?” (Account from Searching Issues by Nicky Gumbel).

A God engaged in our suffering

In his book Raging with Compassion, John Swinton argues that the problem with the question Why does God allow suffering? is that although it is a very human question, it is a limiting question, It makes God out to be a distant magician who may choose to wave his wand and end an individual’s pain, or not. The question has an assumption within it that God is distant and unconcerned with the stark reality of a suffering life. A different question which recognises God’s faithful involvement in creation is What does God do about suffering?

This is an intensely practical question. This question is based on the fact that God is deeply committed to his creation, it recognises God’s love in creating us in the first place, and it recognises God’s love in becoming a man, going to a cross, and bringing back to life the crucified Jesus. God has love for all people, and ultimately, has power over death. But love inevitably leads to suffering. Think about it: in loving we always open ourselves up to the possibility of suffering, simply because we care for someone else. Similarly our God of love made Himself vulnerable to suffering when he loved us. It was for love that God then became a man and went to a cross.

This is unique. As far as I know Christianity is the only faith that has at its very core the degradation, suffering and even death of its own God. Suffering for love. So we see that God is neither distant, nor unconcerned about suffering. On the contrary, our God has an intense, personal knowledge of suffering, anguish and loss. In struggling with the relationship between suffering and love it can helps us to know that God has been there before us.

A God who can use suffering

Christians will often look to the event of the crucifixion to make sense of present realities and so it is in the crucifixion that we understand that God is intimately caught up with this world. The cross was a counter-intuitive event in history. Out of a decisive defeat came a monumental victory. As Joni Eareckson says in her blog “Heaven and Hell were both at work on Good Friday but to different ends”. So too our response to the problems of the world must also, to some extent, be counter intuitive. Heart-break is not caused by God and nor is it good, but even so, God can make good come from it as He does with the cross.

There are at least three ways this can happen. Firstly, without any suffering would there be such virtues as courage, self-giving, or sacrifice? I am not sure that there would. Secondly, as somebody once said to me “how can we help those who are broken if we ourselves have never been broken?” Misfortunes in life are always unwelcome but can ultimately lead to increasing empathy for others and faith that has gone deeper. And thirdly of course a sudden crisis in life makes us put the brakes on, and reflect on what really matters, what’s really important. It’s a shame but it seems at these times more than any other our priorities are put in their proper order.

Again, to repeat – none of these are reasons why God would allow suffering – that was discussed in the previous blog. God doesn’t makes suffering happen, but He can make good come from it.

The role of community in suffering

We know that early Christians sought to develop faithful communities in which suffering could be shared, spread and robustly “absorbed” by the whole community while not deflecting from their trust in God. When calamity came, as it often did in earlier centuries, they were in large part borne by the community and the people most directly affected were themselves borne up. The community would be there to spend time often in silence, and in a small but authentic way, to “share” the sadness, share the sense of loss, share the pain while enabling the one most affected to grieve. This is often the best thing we can do, to share, to take a part of the pain, in quiet, with no “words of wisdom”. The power of community to resist hurting, sorrow, and grief is very significant and yet may be quite foreign to many of us today.

Living faithfully in this age means learning to live with some questions unanswered as we increasingly learn to trust our God of love and suffering to bring about the close of this age and usher in a new age in a new time according to his purposes. Living faithfully … “we strive to remain in the shadow of His wing – even in the midst of disaster, and until it has passed”.

This blog is one in a series of 3 short articles on this topic: 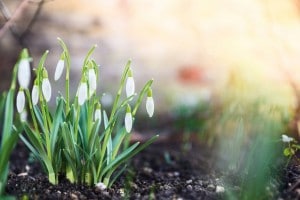 I wonder where children who have been kidnapped as babies for paedophile rings to abuse and torture before killed off fit in. Can’t see how the few that break free share suffering. Or children borne to similar cruelty from a family who live addicted to this evil. I’m not saying God makes suffering, I’m asking why it’s allowed. I understand the light weight reasons given as in; if you haven’t suffered anything you wont appreciate…that fits in with spoiled children. But there is no rhyme or reason for real prolonged evils to proliferate.

I liked your blog very much.

I want to thank you for the contribution.

Hi Vanessa. Thanks — I appreciate your taking the time to read and comment!

Chris,
The ultimate answer for the question “why we are suffering ?” is the same answer as for question why Jesus was crucified ?

Then Jesus told them, “You will indeed drink from my bitter cup and be baptized with my baptism of suffering. — Mk 10:39

Hi Marek, I think that is difficult to grasp — especially for someone going through a prolonged time of suffering isn’t it.
I do agree that God enters into human suffering in a very real manner by way of the cross and therefore has a deeper understanding of suffering at a human level than we often credit him with.

I love your blog!
I have read this art­icle and enjoyed it

Thanks Gregory for stopping by — and taking the time!

I love your blog

I have read this article and enjoyed it

“we have a God that took on suffering and can bring good from suffering”. That hit the nail on the head for me when I was facing a bleak cancer diagnosis.

[…] company and a Minister In Training in the UK Baptist Church. His personal site is http://www.7minutes.net. This blog is pat of a series of 3 […]

How can we help someone in the depths of pain and trouble if we have not experienced those depths ourselves?  One young woman I met, just 25, lost her son at age 6 after a lifelong illness. Repeated hospitalizations and bedside vigils filled those years. The experience took such a toll on her marriage to her high-school sweetheart and best friend that the marriage was also lost. She was presently studying to be a nurse, while working to support her two year old daughter who was an infant at the time of the divorce.  She asked, “What could the purpose… Read more »

That’s a difficult story Lynn — thanks for sharing it with 7minutes. It all helps as we piece these things together

I feel if I never suffered, I would not have come to Christ. When I was young I didn’t believe in anything and because of that I was running down a seriously dangerous path. It was because of all the struggles I went through, I finally asked a friend to go to church with me.

Thanks for sharing that — I think I could say the same — ie God had to take a sledge hammer to my life to get my attention. However I think that is different to prolonged suffering that seems to serve no good purpose.

Chris, during your research for your articles, did you explore the appropriateness of translating the various Greek and Hebrew words that you encountered as suffer, experience or pressure? I’m in a small group that is studying the chapter on suffering and grief in How People Grow (by Cloud & Townsend) at this Thursday evening’s meeting and I suspect that there will be confusion as to which English words (suffer, experience, pressure) would be better translations of the Greek and Hebrew words often translated as “suffer” (or a derivation thereof) in the scripture verses referenced by the authors of the book… Read more »

I did not explore that Neal — I will certainly look out for the different uses of this word as I continue my studies — thanks for the heads up!

Why does God allow suffering? II | Success and Failure Blog
#107

[…] and a Minister In Training in the UK Baptist Church. His personal site is http://www.7minutes.net.  This blog is pat of a series of 3 […]

I agree — that IS how a Christian community (call it “church”) should be. Thanks Jane

I really enjoyed reading this Chris. Your thoughts on what God does about suffering prompted me to reflect on what that means for those of us who walk alongside others in their suffering. It seems to me that if we are truly to show what God does about suffering, we have to make ourselves vulnerable and be prepared to suffer alongside them. That’s true of community as well as for individuals. 11 years ago a police officer and member of my church was stabbed to death by a terrorist while on duty. The way in which the extended church community… Read more »

Dylan Powell: We each have our own take on this as with all things spiritual . It seems to me that as with taste , there has to be sour so there can be sweet . Maybe there had to be pain for us to experience joy . Hate — Love .Ignorance — wisdom and so on . Whilst this is of little comfort if your the one going through the bad stuff ( and I’ve been through a bit myself ) . One has to admit that it does give you perspective . Maybe if we could comprehend in the way god does we would… Read more »

I think you make a great point Dylan — perspective only happens when we can see more than one kind of thing at the same time — or as you say, sweet and sour. Thanks