Powers principalities … and the internet

The internet is all around us, omnipresent in our homes and our personal devices 24x7. The internet is omniscient since it stores all human knowledge*. And if knowledge is power then might it also be omnipotent?  …. Well if it is then we just described the internet using the same language we use to describe God.

And an “act of God” seems to have been the impact recently when a small group of hackers in a bedroom somewhere decided to hold the world’s businesses, health services and governments to ransom.  As we enter the “internet of things” where every household appliance, every car and even items of clothing are connected, it seems it will soon be possible to “stop the world”, to cause untold chaos.

Has the internet, along with its tablets, phones and devices, taken on such a central, pivotal role that –like those folks who built the Tower of Babel – we have become overwhelmed with our sense of achievement, but at the same time have lost whatever control we thought we had? 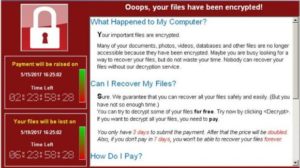 The internet is cool – what’s the problem?

“Well so what” you say as you glance up from your Smartphone. “This is progress”. And sure the internet has enabled countless good causes and businesses, from the guy in a developing country who gets market prices delivered straight to his phone, to helping create the world’s most valuable company (Apple … followed by Google).

“And surely”, you continue, “the internet is just another way of communicating – just faster and easier than before? I mean it makes no difference whether we communicate using a letter, a phone call, or the internet?”

The internet is neutral

And people do quote that line: “the internet is neutral”. But isn’t that a bit like saying a gun made from sheet metal is “neutral”? In itself it is not evil yet it has a tendency to be used in a certain way, to affect our behaviour and our values, or even to cause addiction … rather like a mobile phone. That’s not neutral.

Another comment you hear is “the internet is just a tool”. Well yes but its not like say a hammer is it. We can’t simply put the internet down and walk away. It is central to our lives, changing us, shaping us. 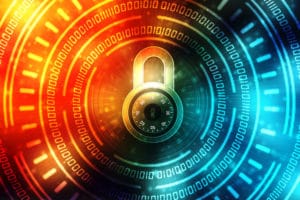 Let’s get back to the omnipresent, omniscient thing and a couple of Bible passages …

There’s that curious passage in Genesis 11 where folks – all speaking a common language — decide to build a tower that “reaches to the sky”. It’s man’s greatest achievement and it seems, they do it to boost their own sense of importance, a kind of defiance against God. But God sees what’s going on, confuses their language, and “scatters” them to the ends of the earth.

Some theologians draw a parallel: Using the common language of the internet we are piling up the world’s information higher and higher. It’s man’s greatest achievement. This time however it’s not made from bricks and mortar, but a vast digital network storing all human knowledge. 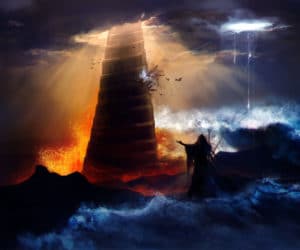 Then there’s the dramatic language that Paul uses in Ephesians 6:

Put on the full armour of God … For our struggle is not against flesh and blood, but against the rulers, against the authorities, against the powers of this dark world and against the spiritual forces of evil in the heavenly realms.

Now depending on your theology, different churches interpret “powers and principalities” as anything from demonic forces to Nigel Farage (insert troublesome politician of the day).  But seriously, Paul is talking here about any earthly power that that offers an alternative authority to God’s authority.

In their book The Hyperlinked Life, authors Young and Kinaman summarise this well. They say:

The internet has become … an idol of our time, commanding a central place in our lives as well as attention and huge respect, and with the final say in many of our dealings and desires

Yes the internet is a tool but it creates huge dependencies, personally and corporately. It is in fact a “power” capable of good or evil, capable of amplifying good or evil thoughts and actions. It has created a colossal web of dependence that grows year by year. It is far more potent than say television or the printed word due to its scale, its speed of access, its addictive nature, and most of all, its connectedness.

This connectedness means the internet is a subversive power. It enters our lives at many points, home, work, social life, family and of course, church, most of which we are oblivious to. In the bad old days of dial-up-internet we were (painfully) aware that we were entering some distant online world. But today the idea of “needing to connect” has gone; we are always connected. There is no separation between offline and online, and we find it hard to disconnect.  The technology has becomes so good at what it does, it has, in fact, “disappeared”.

And there is one more problem of authority here:

“Technology will solve all our problems “

The idea that technology will ultimately solve all man’s problems (Technicism) has worked its way into society. After all medical technology has advanced at such a rate we can barely afford to support folks who instead of dying in their seventies continue to draw a pension well into their nineties. Technology has brought about astonishing advances in disease-prevention, education, food production you name it. Hey it even offers the prospect of eternal life. And underlying all these technologies, is the internet. 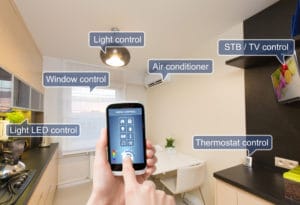 Don’t get me wrong, there is much to celebrate here (and I earn my living from a company that provides mobile internet technology). But our celebration of technology needs to be tempered with an informed understanding of power and authority – not swallowed whole with the exuberance with which our forefathers built that incredible tower that reached the sky.

A couple of things:

The internet is capable of bringing immense good into the world but our task is to harness its potential for good, to set the agenda, to set the limits.

If you enjoyed reading this, try the infographic God On The Web

[…] unsuitable because of views on parenting; and Tim Farron resigns. If you enjoyed reading this, try Powers, Principalities, and the Internet. This article was also published by The Baptist Times (edited) and Premier Christianity […]

I think the internet is a very useful tool and has made our lives a lot easier – no carrying huge books or racing to the library after lectures to get one of the few books held there – or without the expense of buying books. Or the ease with which we can contact people
The downside being that people you don’t want to contact you (advertisers, etc) can also contact YOU easily.

Perhaps the internet is just a new “toy” at the moment and our addiction to it will wane when it has been around longer.….?

Great reflections Chris. One other thought is that the Internet is also a great amplifier of the human heart — for good or for evil. It just exaggerates what is already there. Our role as disciples is to acknowledge that it will always be corrupted in this world, but it also provides us with enormous opportunity to do good. Rather like the wheat and the tares growing side by side.

Yes it certainly does amplify. I think often the problem is knee-jerk comments and replies get amplified, whereas we completely miss the body-language, facial expression intonation etc that we accustomed to using when we communicate