Sacred salt, holy water, and things that go bump in the night

If you met Jayne Irlam, you might be forgiven for thinking you’d met the wrong person.

Jayne is a bright, cheerful lady of small stature. Five-feet tall, slightly-built, non-stop talker. When I offered to buy her lunch, Jayne chose McDonalds for a Happy Meal (… and I did double-check with her!) So, not the image that first springs to mind when you think of a prayer-warrior casting out demons and responding to reports of spirits, ghosts, and bizarre manifestations.

We met over lunch to talk about Jayne’s work in establishing a new “deliverance support group” for Baptist ministers who encounter the supernatural. Something that Jayne is uniquely qualified to do. Jayne, an ordained minister, works for Greater Manchester Police as a chaplain and investigative nurse, collecting forensic samples and assessing mental-health conditions of people in custody. She is also qualified in clinical psychology and has worked in the NHS as a psychotherapist.

That’s a pretty impressive set of credentials. Moreover, Jayne’s a good friend, and having trained for ministry with her, I can’t think of anyone better qualified to talk to on this topic. So, fuelled with a Happy Meal, here’s what passed between us. 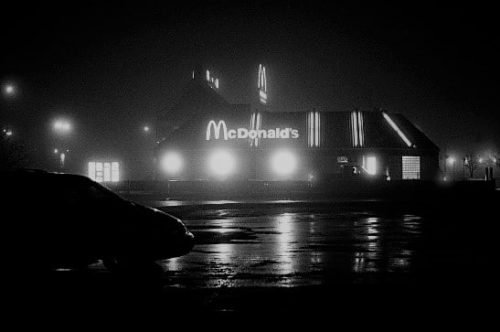 Are reports of demons, spirits and supernatural occurrences common?

There is a massive upward trend across all mainstream denominations in reports of spiritual oppression. We know this from credible records kept by the Anglicans and Catholics.

Part of the answer lies in increased stress in society leading to greater diagnosis of mental-health conditions. That doesn’t rule out a spiritual source, but spiritual issues might be surfacing due to these stresses. Another view, from certain passages in Revelation, is that Jesus allows Satan a greater reign in the last days. It is possible to exegete certain passages and come up with that interpretation, a kind of last hoorah for the devil.

My personal view is that modern society isn’t meeting people’s needs. People seek a spiritual reality that takes them beyond material fulfilment. Worryingly, many of the cases that come to us via Baptist ministers are a result of people trying to blend Christianity with elements of the occult, such as astral projection (out of body experiences) or 3rd eye (a Hindu practice). They even convince themselves it enhances their Christian faith.

(Cutting to the chase) As a minister and a forensic investigator with the police, what have you actually seen?

One activity I have seen is what some call poltergeist activity, objects moving around with no scientific explanation. The forensic part of me wants to ask how? But the Christian in me tells me I must pray. Christian prayer can also have a dramatic, physical effect. I have seen people thrown backwards unnaturally, which I can only explain by the force of God’s Holy Spirit coming against something. Mainly though, we deal with second-hand reports from individuals of things they are seeing. Often specific and consistent, but only they experience it.

… And have you seen someone possessed?

The correct term is “major possession of person”. That is incredibly rare although Hollywood would have you think otherwise. Only 1 in 10,000 reported cases involve major possession. It is the most serious of manifestations and not something I have seen (or want to). 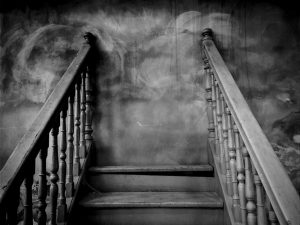 OK so what actually happens in deliverance – what do you tell ministers to do?

This is a prayer ministry from start to finish but with strict safeguarding (especially record keeping). Often prayer is all that is needed, and the phenomenon disappears. In other cases, the Anglican team will use specific methods including holy water, sacred salt, or a Requiem Mass.

Hang on! Holy water? Sacred salt? – Where’s that in the Bible?

(Smiling) Yes, I too struggle to relate my theology with some of these methods. For example, praying for the repose (peace) of the dead as you do in a Requiem is not regarded as polite conversation in Baptist circles.

But do these things work?

Often, it appears so. Manifestations that were there … are no longer there.  I have thought long and hard about this and I think there are three possible explanations for what’s going on.

One might be that the person involved in the deliverance believes that God’s presence is somehow invoked by the “holy water”, and it’s that faith that causes a manifestation to stop. The problem is there are test cases where a minister was given two vessels of water and told they were both sanctified, but actually one was just tap water. The minister came back and correctly asserted that one “worked” (the holy water), while the other didn’t (the tap water).

A second explanation is that there is nothing holy about salt or water, but God chooses to bless it anyway. In a similar vein, some would say that most of the cases in scripture where a demon is cast out is really a case of mental illness that Jesus heals. He then uses the language of the day which people commonly use ….”Have the demons gone?” …. “Yes his demons have gone”, type of dialogue.

And yes, the third explanation is that there really is holy water. I’m not sure.
We have had some light-hearted exchanges with our Anglican friends as to whether we, mere Baptists, could make our own holy water or whether we need to use theirs. I think the last message I saw from them was “well your water will never be as holy as ours!” God has a sense of humour and we want to keep ours even in these situations.

The Requiem Mass – praying for the dead – is another common “prescription”.  In this case, however, I believe it is the Mass, the sharing of bread and wine, that holds power, rather than saying the Requiem. But that’s just my view. 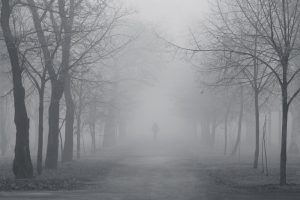 How does a deliverance ministry advisory group like yours work?

It’s unusual I guess. I’ve met with the Anglican deliverance team several times and at first it set my head spinning. These average, middle-aged guys would come into the room and talk about completing their expense claims for half an hour … and then, in a breath, start talking about poltergeists!

But the Anglicans do have a well-developed team-model, which we want to mirror. It’s taken from the NHS where in a serious case a balanced, multi-disciplinary team of clinicians must meet. Nobody makes the decision alone. Similarly, in a deliverance team we too must balance our responsibility for the care of souls with the requirements of both common sense and the law. So we have clergy plus medical staff plus safeguarding experts. That reduces the risk of psychological, medical or legal ramifications.

What would you say to the accusation that deliverance ministries damage vulnerable people? It’s spiritual abuse.

I would say that can be very true. When it has been done by the wrong people, without informed support, or with no safeguarding, some have been badly hurt. Some of those referred to us have previously been deeply distressed by someone trying to cast something out without safeguards. I fully take that on board. That is why I set up the support-group for Baptist ministers following the example of the Anglicans.

Last question: Do you get scared?

To be honest, I struggled with God’s call to deliverance ministry, I thought it would be dark and depressing. And sometimes I still say at the of a long day, “Lord why couldn’t you have called me to something else!” But no, I don’t fear any of these things. Deliverance has turned out to be a very positive experience for me. In deliverance ministry you get to see Christ victorious time after time after time. I constantly have a new sense of the power of Christ and what took place at the cross. That drives me to my knees in prayer because I see I can’t fight this in my own strength. And when you are forced to fall back on Christ, it can only enhance your walk with Christ.

We need a healthy attitude to all this, we have nothing at all to fear. Yes, we are in a battle of some kind — its exact nature we can only guess at. And yes, we need to follow Christ and keep away from anything contrary to scripture. But remember, if satan and his hordes are out there, they are tremendously outmatched by Christ and the cross. 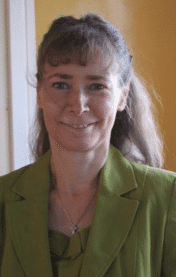 For a copy of the Study Group’s safeguarding policy and guidelines (also  an excellent introduction to what the group does), Baptist Ministers should not call Ghostbusters. Just contact Jayne: irlamjayne@gmail.com.

If you enjoyed reading this, try Does God Still Speak Through Dreams?

This article was also published by Premier Christianity

Hi Chris
One of my prayer group is a priest, and he has told me many a story about the power of Holy water — naturally I may have a different belief in it than you 🙂
But the faith of this man has been very successful in spiritual warfare, as has been saying Mass in the place affected.
Enjoy your stories, thanks.
best
joe

Thanks for the comment Joe. Hopefully what came out in the blog is that there is far more than we (evangelicals) know about out there. Even a suspicious Christian needs to occasionally listen to Christians fro other traditions.

Hi Chris
If i thought for a moment you were a closed mind to the wider Christian faith I wouldn’t have even commented :).
I am all for ecumenicalism and sharing the rich faith and traditions we all have rather than remaining divided by them.
I passed your article on to my brothers in Christ in the Cursillo Movement in Belfast, they enjoyed it too.
best
joe

Is there anything out there that you can comment on that helps you know what to beware of in deliverance ministry circles? Seems like there is a lot of hocus pocus or even dangerous doctrine out there. Thanks

Yes i can put you in touch with reliable authorities Brian if you wish? email me : chris@7minutes.net

It’s strange that atheists never get possessed by Demons!

Is it? As the article clearly indicates its actually very strange for this to happen to ANYONE Neil

Fascinating- I would love to meet her! ( seriously)

Thanks for commenting Jude

Hi Mart — here are some notes from my interview with Jayne which I did not include due to lack of space: Two big cases in 20th Century helped formulate what the mainstream church now regards as Deliverance and both were taken up and “Hollwood-ised” later: “The Exorcism of Emily Rose” is based on a German case from the 1970s And, of course “The Exorcist” is based on a case in the US in the 1950s. Hollywood of course have taken poetic licence in both, but the case notes for both incidents are well documented. Interestingly The Exorcist is actually banned in certain… Read more »