A teenager directs a racist comment to a leader in a church youth club. Within 48 hours he is banned from the club for life.

It was twenty years ago. I was the leader, and the comment was directed at me. He called me an effing ***** (of Pakistani origin). In fact, both my parents are Indian but that’s by the by, he never attended our club again. Looking back, the strange thing is, I didn’t FEEL that offended. I was the person least upset in our church and I remember wondering if I should feel more offended. I was mainly confused. After all he was just a kid trying to push what he thought was the big red button in my head. And I had come across these incidents hundreds of times in my childhood. They are not acceptable (and less acceptable twenty years later), but I did wonder, if he had insulted me about my weight or size, or some aspect of my appearance, if his punishment would have been the same. Almost certainly not. More likely there would have been a conversation, probably including his parents. As a church I think we over-reacted. So, in fact this teenager was right – he did push the big red button – it’s just that it was in everyone else’s head, not mine.

We are afraid that other people might take offence

We need to take care with “being offended for other people”. It leads to absurd situations. At its worst can encourage racism rather than reduce it. Let me explain.

I have twice been on diversity training, as a school governor and as a minister. Both courses had something to recommend them, but both courses tried too hard to make us hyper-sensitive to things we didn’t need to be sensitive to.

For example, on the ministerial training course we were given a list of common English phrases including: black-sheep, black-look, black as thunder, Black Friday … and asked to discuss in our groups the negative, even racist connotations for non-white people. My comment to the course-leader was that there were no racist connotations until we came onto this course. They WERE just English phrases. These phrases were not offensive, but if you try to generate offence by repeatedly proposing the idea, eventually you will succeed. Even sillier, on school-governor training the leader suggested that phrases like “comparing apples and oranges” might be better phrased in multi-cultural Britain as “comparing mangos and bananas”. “But there’s no such phrase as comparing mangos and bananas” I quietly protested, “why would we teach our children phrases that don’t exist?”.

Of course, if you happened to be a white Brit, American or European and you made the comments I made, you would be branded a racist, and we are all terrified of that. You would most likely be made to attend “special training”. 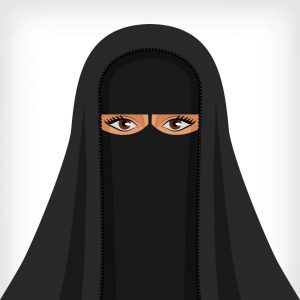 There is damage done when trying to combat racism in this cack-handed manner. We over-compensate, we push the pendulum full swing in the other direction. What happens then is the real and present hardcore racists in our society are given a cause. The English Defense League, National Front and the rest are led to believe that their way of life – even the phrases they use – are under attack from ethnic minorities and need defending. And we know what happens next.

So too, pushing the Islamophobia button as our first response, because we feel offense for Muslims and we want it dealt with now, can encourage (or even force) a victim mentality onto one group while antagonising the other.

To be clear, we can justifiably feel offense for others and that is no bad thing. When growing up I felt deeply hurt when the racist slur at the top of this article was directed at my parents. It felt far worse for me. They both had darker skin than me – and that can be all that it takes. But we need to reflect on the reasons why we feel this offense, as well as enquiring whether the apparent victim is offended, and if the incident has some context. Yes, there are hate crimes, there is genuine offence, there is racism, and it may be pervasive[1]. But escalating all incidents into this category can exacerbate the very problem we want to solve.

Which brings us to the last point, and the point that has precipitated this and many articles over the past week.

What about Boris’s burkas and bank-robbers?

Boris Johnston wrote a spirited article – attacking the ban of burkas from other European countries. He had a go at several authorities including “sticking two fingers up” at the EU. In that sense his comments on letter-boxes and bank-robbers were in-step with the rest of his piece. We were surprised at the comment, but not by who said it. He was roundly condemned and roundly, defended. Rowan Atkinson’s intervention that “it was a good joke” and “all jokes made on grounds of religion will offend someone” also makes a point: we must all learn to laugh at ourselves. (And laughing at ourselves sadly has no place in Political Correctness).

But, of course, Boris is not supposed to be a comedian. Although some regard him as the court-jester, he is a public figure. Simply on grounds of courtesy and good manners he should have found some other language. Or if it was a mistake which he regrets, he should say so.

For our part, we must now take care not to over react. This is not Islamophobia – his article criticises the ban on burkas. Although some would say it is Islamophobia by some sort of back-door I don’t agree. Here is one view of many from letters in the weekend papers:

Sir. The row about Boris Johnson’s use of language is really much ado about nothing.
And I am a Muslim.
Hyder Ali Pirwani, Devon.

We need to ensure that we can have the difficult conversations – in the right language. Whether it’s burkas in western society, or if there are links between child-abuse rings and Pakistani men or not. It’s too important to drown the issue in politically correct over-reaction.

Interestingly this weekend I read the right-wing Daily Telegraph on Saturday and the left-wing Observer on Sunday. Both newspapers had four or five articles on the Boris topic. The Telegraph’s were 100% in defense of Boris, The Observer’s were 100% condemning of Boris. The stark difference between the two could not have been greater. Even the approx. 30 readers’ letters in The Telegraph were, bar one, in support of Boris. It was as if these two newspapers were commenting on two completely different incidents.

Let’s remember, the place where we enter a conversation determines the content of the conversation. 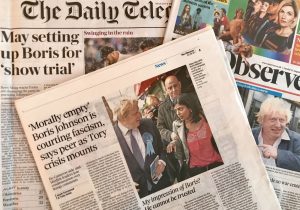 [1] Example: according to the Harvard Business Review, CVs with the name “James Smith” at the top still get more interviews and more job offers than an identical CV with “Jamaal Smith” at the top.

If you enjoyed reading this, try 5 reasons Christians should fight political correctness
This article was first published by Premier Christianity  and later by the Baptist Times.

Chris, I rarely get offendered only if people act in a prejudicial way that denies me equal access to anything compared to my sighted counterparts. Sometimes it is right to be supportive of disadvantage groups or those who experience prejudice from others and we should be prepared to defend their position as these issues are usually structural. I remember a solicitor who I was arguing with told me that she was “offended” in a over-dramatic way (what I’d said was challenging at best but nothing more. So, I simply suggested that perhaps she should join RADA! She replied not a… Read more »

Thank Paul for taking the time to write that. And I pretty much agree with all of it.
I think the problem is, because of the spirit of PC (which has become a kind of religion or at least belief system in the UK at least) people now genuinely don’t know what might offend a minority group and what is plainly silly (at least to some of us). Its the old case of the pendulum going back and forth. We need to find ways of explaining the issue — and its OK to make genuine mistakes.

There is also an active comment thread relating to this article on the Premier site at
https://www.premierchristianity.com/Blog/Boris-and-the-Burka-Why-it-s-dangerous-to-be-offended-on-behalf-of-others

A great article, Chris, and one with which I agree wholeheartedly. As a Scot (by birth, not breeding) I was constantly reminded that we are supposed to be a race who is never generous; on the contrary, we sponge off others. Was I offended? Nope! It was a joke and I laughed.

Great example — thank you! Also I was with our Youth Leader today — a 30 year old ginger lad. We have had a laugh in the past about “gingers” — and he laughs the loudest!

I have to agree Chris.
I recall when I worked in outreach. The Asian community commented that they didn’t want street signs in their language- why would they?
It was the PC brigade actually making things worse , as many disliked the few signs that went up.

Good example … my favourite of all time was the town council that decided not to have a festive tree one Christmas. The reason given was that it was to be sensitive to other faiths. Eventually the Muslims in town told the council to stop being ridiculous (heard that one at a Baptist Assembly meeting one year).There certainly is a need to protect minorities (no question about that — and we should not lose sight of it) but doing it so unintelligently helps no-one — and as the article points out, can actually have the opposite effect.

Nice article on ‘transferred indigence’. If I had a penny for every time someone declared they wouldn’t eat their bacon lunch because I was there, I could dine out every week!

Ha ha! excellent — yes there a lot of that. To be fair people are trying to do “the right thing” . We have to find ways of explaining what that is — and what it clearly is not … and its OK to make a genuine mistake.

Hi Chris, I’ve just read your article in full and I agree with everything you say — well balanced and thoughtful. It made me think about some of the “black” phrases we have in our language and many of the ones you quoted are not in anyway related to race/people but to the darkness of events “Black Monday” “Black Death” even black sheep would probably have originated as an expression of darkness in actions and has no relation to race. I would love to know the provenance of these expressions — and am ready to stand corrected.

Appreciate your taking the time to read and then to comment Corinne. ?

Another excellent post Chris, really enjoyed reading it. “Comparing mangos and bananas” haha – thankfully I have not come across that one!

Yes it’s easy for People to offend.Just did a discussion on Forgiveness had to forgive so many People from my past.Just thank God he heals memories.One that’s probably never going away .is when they told us not to bring our Daughter to Sunday School as she was a distraction!Was fostered at the time 10 months old.Six years ago lied about,a year later two lies told about us! Which means we are not supposed to go to social events and can’t volunteer unless we ask.Forgiven but no one will trust us.Some of them would probably like us to leave.We must stop… Read more »