How to survive the election without losing your mind

I don’t know about you, but I keep changing my mind, about lots of things.

Should I support a second referendum? Of course not! Although I voted “Remain”, if we had a second referendum we undermine the nature of democracy. Why wouldn’t you then have a third and fourth referendum? (… let’s call it best of 5). But, on the other hand, by the time we achieve Brexit it will be 4 years since the 2016 vote. In that time many  elderly folk (who apparently support Leave) will have passed away, and many former teenagers (who apparently support Remain will be of voting age … I keep changing my mind here.

If, however, you voted “Leave” (and still want to leave?) you could also be forgiven for being in two minds. Do you want a “hard or soft” Brexit? And who will now deliver that? Ironically if the BREXIT Party does incredibly well they make BREXIT less likely as they take votes from Conservative candidates. …. So not sure about that either. 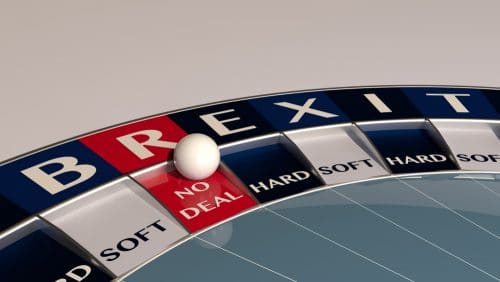 Looking back — 4 years of absurdity and worry

It’s been a long road since our Referendum in 2016. It now seems like some event in the distant past. But here we are, we face a third general election in five years, and things are changing so quickly, we no longer know who’s in the cabinet until we see they have resigned.

Brexit is also a cause of anxiety and depression for as much as one third of the UK population. Some are worried about their jobs while others simply feel overwhelmed with the constant droning on and on and on of argument and counter argument. It has led to feelings of helplessness among many. Meanwhile other countries are looking at us in complete bewilderment – how can such a sane democracy so lose its way?

How can such a sane democracy so lose its way? 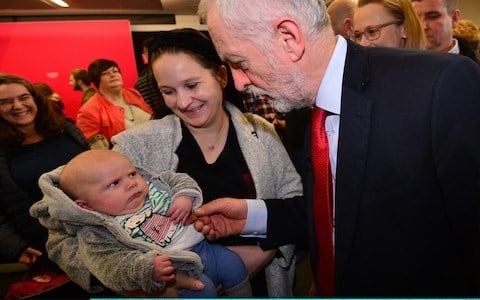 Looking around — see the wood for the trees

Let’s remind ourselves that elections are always over-hyped. A few truths:

This election will not settle Brexit. If Labour win we are in for months of negotiating a new BREXIT deal and holding that Second Referendum. In the unlikely event of the Lib Dems winning they will also introduce a Second Referendum. But even if the Tories win, Boris Johnson’s deal is only a jumping off point for years of wrangling over Britain’s future relationship with the EU. (And it still leaves the possibility of a no deal cliff-edge at the end of 2020). It might be “oven ready” but I’m afraid it’s only the first course. Boris’s “Get BREXIT done” seems to me as misleading in 2019 as “take back control” was in 2016.

Whoever you vote for you will likely feel disappointed. Apart from the BREXIT issue, our party leaders all say similar things. They all care about the under-privileged. They are all keen to stress that society must be fairer, the economy stronger, and the climate cleaner. And apparently nobody is selling the NHS.

Most things will not change. Arthur Balfour, British Prime Minister at the turn of the 20th century, said, “Nothing matters very much, and most things don’t matter at all”. Well, I think some things do matter, but he had a point. In business, in politics in most practical matters of church and life, we tend to over-estimate the short-term impact that change will bring. Everything changes, everything remains the same.

Nothing matters very much, and most things don’t matter at all 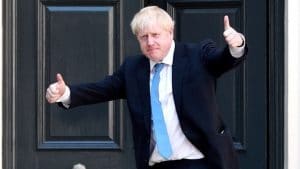 Looking forward – things you can do

Be curious — and disagree well.  Don’t obsess about the lies (or “questionable claims”) of politicians, and don’t let them wind you up. Be curious – check stuff out eg see the fact-checking charity Full Fact, and remember most of our politicians make absurd statements when they feel under pressure. It doesn’t make them bad people — the vast majority of our MPs are in public service for the right reasons.

And among friends, neighbours, colleagues, and family: try to learn something from people who  disagree with you. They have reasons for thinking the way they do. Be curious!

You could ignore BREXIT and vote for something that matters to you.  It’s understandable to be blind-sided by BREXIT. But what else matters to you? It might be the NHS, the climate or immigration policy. And what about the character of your local candidates – their personal ethics and lifestyle, if that is known. And you can easily discover how they voted on key topics that matter to you.

Remember, uncertainty is best dealt with by recalling certainty.   Both sides of the Brexit argument keep telling us “business hates uncertainty”, but I think we all hate it. I for one like to know what might be happening next week, next month, so I can start to understand how it affects me.

But I sometimes wonder if God allows uncertain times so that we might better realise our dependence on him, instead of world systems, governments, money or intellect. What happens in the future is nowhere near as important as who accompanies us into that future. On the surface of life there will be waves, even storms, but deep down on the sea bed, there is an ocean of calm, if we can only learn to rest, to abide, in Christ.

Who is it that accompanies you as you navigate life’s surprises? 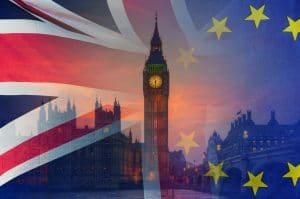 If you enjoyed reading this, try Was Jesus Political? How would he vote? Its from 2017 but still relevant!

Chris I respectfully disagree with the ‘of course not’ comment in line 1. The referendum was so flawed, in concept and execution, as to be a fundamentally dangerous concpet to bse this country’s future on. Why? 1. No other democracy allows major consitutiaonal changes lkike this on a bare majority- not least because there is an awareness about how divisive a decision based on a narrow majoroty can be, 2. There is substantial evidence of electoral law being broken, dodgy overseas donations, Russian interference (why else was the Commoms report suppressd by Johnson?) etc. 3. All the evidence (see Peter Kellner’s… Read more »

Thanks for commenting Phil — and apologies for my very late reply. I agree the referendum was broken (in several ways). However I think if we had re-run it, it would have probably brought “leavers” out rioting on the street. Hence my view to accept it and move on.

Wow well done on your reward Mate
Well deserved!
Also thanks for the latest article

Well done Chris! Let’s hope others join the best blogger in his discussions on things that do matter! We all matter and though God (I believe) holds the future and everything in it — that Mighty Creator watches a sparrow fall to the ground and see’s a lonely and poor woman putting her small coin into the treasury at Jerusalem — he hears a blind man calling his name, and appreciates the love of a prostitute as she gently pours water on his feet and anoints them. Small things do matter to each one of us too — though I… Read more »

.… can’t see much to disagree with there!

I am excited that you plan to disagree with me in a happy way! Could it be the case that christians have placed an over dependence and excess faith in political parties? Psalm 146 discourages the idea of putting trust “ in princes”.

So i love the analogy at the end about the ocean and the seabed — thanks for that!