The 5 best, worst and most surprising voices of 2018

Trump and the voice of certainty

Last July Donald Trump described himself as “a very stable genius”. Many of us raised an eyebrow and many others sniggered. He is not a genius in any normal sense.

But he is unique. I am reminded of Barack Obama’s summary of him in 2016 as “uniquely unqualified”. You could add to that uniquely bad-mannered – even walking in front of a 92-year-old monarch. And his personal ethics are also probably unique, at least for one holding such high office.

And yet as he completes his second year as President he continues to wrongfoot his opponents and defy his critics. Most are reluctant to credit Trump with any intelligence, or success, and it’s easy to line up and throw stones at him. But this thinking is dangerous and mistaken. He has one characteristic that unfailingly draws people to him: he radiates certainty. He takes the “truth” as he sees it and he calls it out. He doesn’t care about the consequences. There are many examples from 2018, including his blunt statements that Europe is not paying enough into NATO, that Britain will struggle to trade with the US, that immigration erodes a country’s culture, or indeed his peculiar view on climate change. We often disagree with him, but we are never in doubt as to what he thinks. Even when he changes tack, and takes a new line, he does so without a backward glance. This becomes his new certainty.

Certainty sells – even if you are certainly wrong.

Is that one reason why conservative churches tend to grow faster than liberal/progressive churches? People seem to look for certainty, much more than they look for discussion. 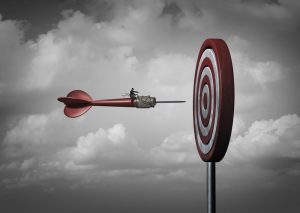 Do we still need a voice of Remembrance?

This year we marked 100 years of the ending of WW1.

And a question that gets asked every year is “why are we still doing this?” After all it is now so long ago there is no one left who took part. Remembering lives lost seems worthy enough but it’s increasingly difficult as few of them are known to us, and there is always a risk that in creating an atmosphere of music and medals we end up glamourising war.

But for me, the simplest yet most profound answer to “why remember?” came from The Michaels family who star in Gogglebox, no less. It was while watching the Remembrance service last year that Mrs Michaels momentarily looked up from her knitting to remark “why don’t they just remember not to go to war?”.

Conflicts and wars start over small incidents. The shooting of one man started WW1. No one anticipates the end result.

Why don’t we just remember not to go to war? 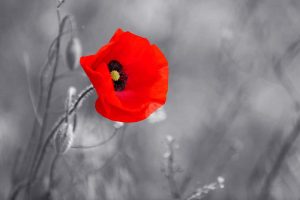 The voice that silences discussion

In the old days someone in church-meetings would simply say, “Health & Safety!” and it always ended a discussion. It was a kind of magic spell, an incantation, once someone said it you were not allowed to answer back. You had to shut up because you didn’t want to fall foul of frightening legislation you didn’t understand. It took me years to work out that sometimes what they were saying was not Health & Safety law at all; sometimes it was not even good practice, it was hearsay. But it became a conversation terminating cliché. And indeed it is still used in many churches, maybe yours too.

Today there are so many more ways to silence the conversation. It’s trendy now to be indignant — especially on behalf of someone else. Often this indignation is well-meant but equally often it is poorly informed. 2018 provided a continuous stream of cases where “contentious speakers” were no-platformed at universities in order to provide a “safe space”; a comedian was famously told to avoid any jokes based on religion, age, class, race, disability, and sexuality (what’s left to joke about? he asked politely); and, most notably, Boris brought things to a head with his comment on burkas. I don’t agree with the way Boris made his comment, but it’s not a reason to censor that discussion.

More serious than Boris being accused of Islamophobia is the fact that one local council after another claimed they were unable to protect young, vulnerable girls from sexual exploitation because the gangs responsible were largely Pakistani. A politically incorrect conversation was terminated, and the tragic cost was that young lives were demolished.

Yes, there really is racism, sexism and persecution of minorities. And sometimes we will need to remove speaking privileges from some who promote extremist views. But much more often we need to step back from this “being offended on behalf of other people”, (and ask them how offended they actually are). General indignation has become a kind of badge used to feign the moral high-ground. And in a charged atmosphere of PC, it has become almost impossible to freely discuss opinions in an atmosphere of mutual respect.

It’s trendy now to be indignant

Speaking the truth in love is really hard, not least because we probably don’t agree what “truth” is. And that’s why the way we discuss things (the “love” bit) matters at least as much as anything we have to say.

Let’s talk about it. 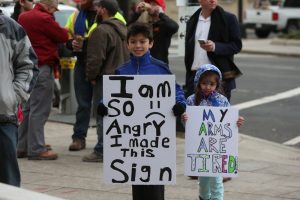 It was the year that Google turned 20 and Facebook kept popping up in the news for all the wrong reasons – not least their leaking of peoples’ personal data to Cambridge Analytica.

Personal data is now the most valuable commodity in the world. Which websites you visit, where you upload your holiday snaps from, what you “like”, what you search for on Google … it’s all tracked. It has to be. These companies offer free services, but they still have to turn in a profit for their shareholders. Every quarter must show increased revenues from the quarter before and that means ever more targeted ads must be delivered to you in the expectation that you will click on them. And we, the consumers, happily hand over our personal data in return for convenient one-click shopping and to get those “recommended for you” offers.

Driving this monetization of personal data is our addiction to Smartphones. Smartphones are the technology equivalent of sugar – they keep us wanting more. This was evident a few weeks ago when the O2 mobile data service went down in several countries. Dramatic headlines ran for 24 hours. Watching the news you would have thought we were being deprived of breathable oxygen, not just O2’s mobile data. This addiction to devices is all the greater because technology is now so much a part of everything we do – work, play, church — we no longer notice its increasing creep. And of course we tell ourselves

I’m not addicted – even if everyone else is

(if that’s you, well try putting your phone away for a couple of days).

When Paul says we need to guard against powers and authorities, I believe this includes any “authority” that eventually tends to replace God. 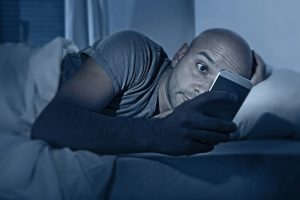 The voices that bring life

In fact there was a great deal of good news in 2018 as well.  There was a royal wedding — remember THAT sermon from Bishop Curry? There was the small matter of a football competition from which England emerged surprisingly un-humiliated. And there was another football team of boys who were rescued from what seemed to be certain death in a cave in Thailand. Not least, we in the UK actually had a Summer — a real one where even the sun shone. We need to look out for the good news stories, be fed, be encouraged, and give thanks.

Wishing you a Happy Christmas and a very peaceful New Year.

This article was also published by Premier Christianity
If you enjoyed this post, try reading the linked articles on Boris & Burkas, andThe Gospel According to Google

Hi Chris — great to have a ‘local’ Christian voice! I enjoyed your thoughtful comments especially about smartphones — I sometimes wonder if most Christians are ‘smart’ enough to think about the time they spend on multiple media sites when they could be doing something practical in the world; most do not as you point out think the word addiction applies to them when it plainly does. I think this is because many ‘Christians’ today are ignorant of biblical thought and teaching and rely on others to teach them instead of honing their own brains a little. Happy New Year… Read more »

Hi Tina. I think maybe we are all guilty of this — only to differing extents … ?
Thanks for taking the time to write a thoughtful and encouraging note — it’s very much appreciated!

No matter the issue is, no matter what is the latest trend, there is always something good that comes out of it. We celebrate and feel happy when we hear good news that seemed to be impossible to happen. And let’s all be observant and help each other to spread God’s word. There are some initiatives from some organizations to put sharing and bible scriptures online where everyone can read anytime, anywhere at no cost. Let’s support each other and remember, that at the end of day, we only have each other.

Thanks for reading and taking the time to comment Anne!

First of all i want to say you have a good writing skills.
your post is awesome and very informative article.
sometimes we forgot our beliefs and word of god really thankful that there’s some writer who really want to write about Christianity and about Word of God.
Thank you for sharing this

Thank you Jay for taking the time to read and comment, I appreciate that. God bless

Yet another well-thought through blog — stimulating. Excellent new year’s resolution idea. Thanks for that. Happy new year to you and yours, Chris.

Thanks for commenting Angela — same to you 🙂

Thank you Chris!
Well written and thought provoking as ever.