Look before you tweet! What would Jesus say to Donald Trump, Theresa May, Mark Zuckerberg … ?

You know that feeling when you agree to do something for someone, then later, when you think about it, you regret it?

Well it was a bit like that with this blog. Premier Christianity suggested a blog along the lines: “what would Jesus say to …. some present-day celebrities or politicians?” Maybe something for 2018? Sounded great! We would all like to know what God would say to Donald Trump – right? But then I started thinking, this is not only hard but it’s a bit presumptuous to imagine what God might say to any celebrity, even assuming I knew them (which I don’t).

Then again, maybe there are aspects to their character or behaviour that the Bible does speaks to. Let’s see!

America’s unpredictable president is easy to take down. It’s easy to line up and take cheap shots – everybody does it. 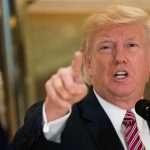 And yet, one year into his presidency and the hot-headedness and rash nature doesn’t seem to be cooling off. His daily tweets have the status of world news, whatever they happen to be about. And they have often been surprising, inflammatory, even racist or sexist.

It’s not just the personal comments that need reining-in. There are big issues from climate change to net-neutrality to the deadly game being played with the bizarre leader of North Korea. The stakes could not be higher.

An obvious passage for Mr Trump could be the letter of James, Chapter 3 on “taming your tongue”. However, I will plump for the more explicit comment from Paul to the Ephesian church, 4:29:

“Do not let any unwholesome talk come out of your mouths, but only what is helpful for building others up according to their needs, that it may benefit those who listen”.

It means, get a grip.

And a note to ourselves. We, the “chattering classes”, who read and write blogs and participate in a discussion culture still don’t understand the extent of Trump’s support. Trump appeals to the least well-off, the unemployed, the have-nots. Many of these are in blue-collar jobs, sometimes unkindly but accurately referred to as “dirty jobs”. The ideological chasm between Trump defenders and detractors still exists.

It’s hard not to feel sorry for Charles.

Perpetually in the shadow of Diana, William, Harry, Charlotte, George … and now Meghan, he has had a strange life. Our Queen, already the longest reigning monarch in history, could easily live another ten years. By that time Charles will be touching 80! 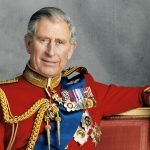 And yet, if we stay with the analogy, Charles has accomplished much, as did John, and there is much still to do.

High on his achievements is his charity work. He heads-up more than a dozen charities – including the well-known Prince’s Trust — and is patron of 400 others. He has also spoken out for persecuted Christians. Then of course there are his royal visits, speeches, and openings. While showing up and waving sounds like a great job to have, most of us would be fatigued, fed up and frankly bored if we had done this to the extent he has – and always smiling. We could also talk about his enthusiasm for ecology and protecting the environment.

It’s as well for us to remember that the world, our families, and the Kingdom of God heavily depend on “supporting-actors”. People who are dream-catchers. People who enable the gifts of other people, and take on the difficult ministry of persistently encouraging them. This is a worthy and a high calling.

Facebook is working tirelessly to turn people into addicts. Sounds far-fetched? Not really.

Facebook (and all social media platforms) only have one asset – you. More specifically information about you. Their mine of personal information about you is the only thing they can sell to advertisers to ensure they grow as a company. And they must grow. As a public company there is relentless pressure for increased profits — they have no choice. So, every time you post, where you post from, what you like, your photos … is all mined and stored.

And the more time we spend on these sites, the more information they collect, the more ads they can run.

A word to Mark: 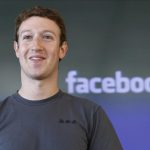 And one for us:

If you are not paying for a service, remember YOU are the product they’re selling.

Theresa May – the blinkered leading the blind

We are now in the long shadow of BREXIT – 2018 will be uncertain and unsettling.

And whether we voted for her or not, I think most of us would want to acknowledge the PM’s courage in stepping up to take the poisoned chalice. A stylish orator she is not, and she lacks some attributes we normally associate with international leaders.  On top of all that, 2017 was her “annus horribillis”, including poor election result, cabinet resignations and, of course, THAT conference speech.

Yet she shows great resilience, dogged determination and an admirable “no-nonsense” approach to policy and debate. Good for her. But the risk for Theresa May is that we now have a Government with only one policy: BREXIT. Everything else, including a fairer society and social justice is a distant second.

In Matthew 23 Jesus mounts a scathing attack on the teachers and Pharisees. They were trying to do what they thought was right too. But their obsession with one thing (the law) meant they lost the plot of what God wanted …

“you have neglected the more important matters of the law – justice, mercy and faithfulness”. 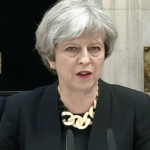 We too need to ensure we are not consumed by BREXIT as we approach March 2019. In the UK and abroad there are things that matter more.

Let’s end on a high!

It’s not easy to be a Christian even for those of us in regular jobs. In many ways it’s much harder when you are regularly exposed to misunderstanding and taunts in the press.

But Daniel has carried this incredibly well, regularly speaking of his Christian faith to his Twitter followers and quoting favourite verses. He is by no means the only star Christian player– others include Coutinho, Lukaku and Sterling – but he is comfortable in his faith.  Proverbs 4:25–27 applies to his game and his life:

“Let your eyes look directly forward, and your gaze be straight before you. Ponder the path of your feet; then all your ways will be sure. Do not swerve to the right or to the left; turn your foot away from evil”.

Beset with injuries over recent months but brilliant when at his best, Daniel is a contender for England’s World Cup team 2018. Now to be sure, those of who support England have an astonishingly low level of expectation for 2018. Just being able to watch a good game would be amazing, one where England take a risk. Ex-manager Sven Goran Eriksson used to put it well when he said:

… you have to dare to lose in order to win!

Something for us all to ponder as we step into 2018? 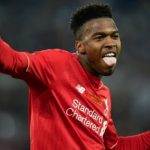 If you enjoyed this, try Sexual Harassment, Secularisation, and Spirituality — lessons from 2017.
An edited version of this article was published by Premier Christianity. and The Baptist Times.

Good one chris — Current
Thanks!