The atheist who didn’t exist

“I don’t believe that Sweden exists!”…

… my friend suddenly announced from across the coffee-shop table. “There I’ve finally said it”. He took a long sip of espresso and started fiercely at me, clearly daring me to respond. I paused for a moment to think, my cinnamon roll halfway to my mouth as I digested what he’d just said.

This short blog has been taken almost entirely from Any Bannister’s exceptional book The Atheist Who Didn’t Exist, and forms part of our series of blogs on 7minutes on the topic of atheism.

…“It’s obvious when you think about it: Sweden is just a political conspiracy, invented to motivate other European citizens to work harder. All that talk of the best healthcare system, the highest standard of living, tall, svelte and beautiful people. Come on, it sounds more and more like a myth every time you hear it. But I’m not fooled. I do not believe in Sweden.”

I stared at my friend silently allowing the sounds of the coffee shop to drift over us for a few seconds while I pondered. In the background the radio began playing ‘Dancing Queen’ by ABBA.

“You’re insane,” I said. “What do you mean you don’t believe in Sweden? That’s ridiculous. If Sweden doesn’t exist how do you explain IKEA furniture, or the Swedish chef on The Muppet Show, or what glues Norway to Finland. That’s a staggering claim! What’s your evidence?”

“Ah,” said my friend knowingly. “I see your problem.”

“Yes your problem. In fact your confusion. You think that my denial of Sweden is actually a claim of some kind, that it’s a belief. But it isn’t. It’s a non-belief. … I’m not making a claim of any kind – in fact quite the opposite. I’m claiming nothing. I’m merely rejecting one of your beliefs. Your belief in Sweden” … 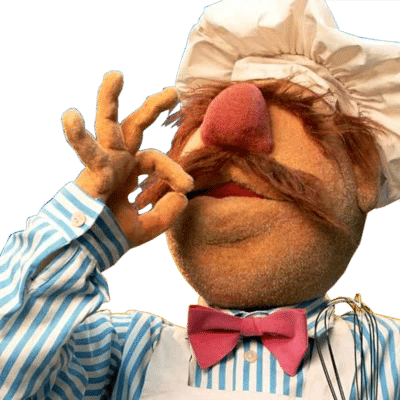 While that entirely dialogue was unsurprisingly fictional, the response from my friend concerning the reasons for his doubts about Sweden have some real-world parallels, especially in the way that some atheists describe their non-belief in God. The argument goes this way: atheism is a disbelief in God and therefore one does not need to give reasons for it. The idea lying behind this is that atheism is purely negative, the mere absence of belief, and it is only positive beliefs for which we need to provide reasons. …

Our belief is not a belief

Rhetorically it’s a smart move: if atheism is simply a negative claim, the mere absence of belief, then presumably atheists can sit there and throw stones at everybody else’s beliefs while not having to bother justifying their own. Like my friend in the coffee shop they can innocently deny they are claiming anything, and refuse to give answers. However like many secular sound bites, the idea that atheism is a non-belief is riddled with as many holes as a Swiss cheese …

Andy Bannister goes to demonstrate that atheists absolutely hold to beliefs which are clearly a result of their atheism. We covered many of these in the recent post Do you have enough faith to be an atheist? In fact Andy shows that not only is atheism a belief system – a faith — it is a core part of an atheist’s identity. And our identity defines who we are. He quotes Prof Stephen Prothero of Boston University:

Atheism is a religion of sorts, or can be. Many atheists are quite religious, holding their views about God with the conviction of zealots and evangelizing with verve … It stands at the center of their lives, defining who they are, how they think, and with whom they associate. The question of God is never far from their minds.

… I think that some atheists find this idea frightening because it means there is hard thinking to be done. You cant simply say “Prove your religion to me”, then cross your arms and scowl like a traffic warden with a bad case of haemorrhoids. Everybody has beliefs that are central for them, beliefs that cause actions, beliefs that define them ….

The Atheist Who Didn’t Exist

Blending comedy and popular philosophy, The Atheist Who Didn’t Exist has been described as “Jon Stewart meets C. S. Lewis” and is a fast-paced, rip-roaring, laugh-out-loud, thought-provoking engagement with some of the popular arguments advanced by media-savvy atheists like Richard Dawkins.

Check here for more on Andy Bannister – or order his book here.

If you enjoyed reading this try Do you have enough faith to be an atheist?

Really?
Aren’t you now enacting what the final paragraph excerpt in blue above says Juan?
Your comment implies to me that you either haven’t looked for evidence, or you have an unorthodox view on what constitutes evidence

To compare not believing in Sweden to not believing in god is ridiculous. You can research Sweden, you can go there! There is no comparison. We cannot do that with god. You make a claim that one exists, with no evidence and we reject it without need for evidence. Do you require faith to NOT believe that pixies juggle unicorns? We find it that silly.

Thanks for reading Neil. I appreciate that. The ridiculous aspect of course is deliberate — to emphasize the point.
There is huge evidence for God — and we can research that as well. However I am aware that many atheists don’t accept certain kinds of evidence — I get that.
Suggest you might want to look at the comments on this topic in general beneath the Premier blog here — maybe join in if you wish: http://www.premierchristianity.com/Blog/Why-I-don-t-have-enough-faith-to-be-an-atheist

If there is huge evidence for god I must have missed it! Please supply me with your best one so that I can examine it.

Hi Neil — no worries with sarcasm but your 1st sentence has more truth in it than I think you intended .….. I don’t have a “best” evidence however I did list out some of the evidence in this FB thread (look for replies to Julian Belvoir who is an atheist I don’t know but asking the same question). In case you cant access the thread for some reason LMK
https://www.facebook.com/chris.goswami7/posts/10207669239679473

Hi Chris, I don’t understand your comment about my first sentence!!
I couldn’t find your replies to Julian, so I still don’t know of any evidence for a god. Perhaps you could elaborate? I would also like to add that I have no faith in anything, I find it a deplorable thing to have.

Hi — sure I will C&P some of the text to Julian below FYI. Can I ask about your last statement? (you have no faith in anything — faith is deplorable). What does this mean? Are you saying you have no beliefs in anything .….. ? ————————————————————— .…… On “evidence” consider that your definition of evidence may be limiting. Forensic / empirical evidence certainly counts but evidence can be much more. Evidence for the existence of a God includes: evidence of fine tuning in the universe as opposed to complete chaos; evidence based on the personal experience of many millions of people… Read more »

Hi Chris, You are conflating beliefs with faith. I believe things, but only if I have sufficient evidence. I believe that the sun will rise tomorrow based on past evidence that it does everyday. I am not 100% sure that it will tomorrow, but I believe it will. No faith required. I also believe that a man cannot walk on water, I know the relative densities therefor I know it to be impossible. You however probably believe that a man once did, despite having the same knowledge. This is where faith comes in. I reject the notion of faith. As to… Read more »

Hey Neil — apologies for delays in replying. I will reply but sometimes it takes a while. I juggle 2 busy jobs (in a church and in a Silicon Valley company) . What’s your background BYTW – and where are you based? First your point that believing something that cannot be empirically proven is not “faith”. I think there is huge overlap. If as atheist you are willing to say you believe eg “he universe came about of its own accord, or there is no meaning to the universe, ….. or the stronger statement “there is no God” I would still… Read more »

Brilliant perspective on atheism. We need winsome articles like this to challenge the apparently huge edifice of atheism that is really built on straw.

Its really interesting how many atheists have gone ballistic with my recent article on Premier. The idea that they should defend their ideas seems unpalatable.

One of the best ones mate!
Thanks a lot!

The book is even better!