Does God care about media?

God on the web: does God care about media?

We spend our day interrupted by alerts, tweets and posts. And – as a reader of Premier Digital – you probably spend time either managing, writing or contributing to the abundance of new-media that is out there. Someone once said to me that in ACTS the apostles didn’t need all this stuff. They spoke to people, they wrote letters, and the church grew like wildfire. So why do WE need all this new-fangled stuff? Aren’t we just chasing what the world is doing? Isn’t it all just a big distraction?

God is deeply concerned with media

I am pleased to tell you that God delights in using media and he delights in its variety. Throughout history God has used all kinds of media and media-events to grab our attention, nail truth to our hearts, or show us something new. Shane Hipps in his landmark book Flickering Pixels says:

God wants to communicate with us and his media are many: angels, burning-bushes, stone-tablets, scrolls, talking donkeys, prophets, mighty-voices, still-whispers, and shapes traced in the dirt …. Any serious study of God is a study of communication.

In fact he says “Christianity is fundamentally a communication event”.

So we see that actually God is not only deeply involved with media- he is uniquely creative in its use – I mean a talking donkey? THAT’s an impressive medium!

You will have heard Marshall Mcluhan’s famous line “the medium is the message”. This is ever true when it comes to God using a medium. Take the episode where Moses sees a bush that burns and yet does not catch fire (Exodus 3). Shane Hipps again:

The message was: ‘Take off your sandals for the place where you are standing is holy ground’. But the message of the medium was ‘I am Mystery, Power, and Other’. A burning bush carries its own meaning, regardless of what is spoken.

Throughout scripture God chose to use a variety of media. Moreover the media really matters — and may matter more than the “message”.

No prizes for working out what was God’s ultimate and perfect “medium” – it’s the school-child’s answer to any question asked in church. Jesus came as God’s medium to surpass all previous media. In many ways this was a surprising choice. After all Jesus was “just” a human– in fact a drooling baby. On the face of it not as impressive as a valley of dry bones, a pillar of fire by night, or even that talking donkey. But God’s deliberate act was to choose a medium which was the same as us. Jesus’ life among us, as one of us, eating, speaking, weeping at death, laughing with friends, touching people as he healed …. is exactly what makes this media unique among world religions. Jesus the medium also helps us to realise that Christ-like living for us is possible. If God had used an angel to live a perfect life, when we messed up we would always have the excuse “yeah but I’m no angel”.

But what does all this mean for me?

It means that, as a communicator of our faith you have a unique calling. To carry forward the tradition that God himself started — to message our faith creatively, enthusiastically, and, pretty much, with every form of media at our disposal.

Our challenge is to take new-media (internet enabled media) and make it work for God. There are a few obvious aspects of this new-media that make it different to all previous forms of media such as tablets of stone or parchment or even printed word. Let’s summarise these:

One of the key differences with new-media is the speed with which we can communicate. Once your post or message is on the backbone of the internet, it travels at the speed of light

New-media also has the capability of reaching far more people than any previous medium – anyone with an internet enabled-phone is included. That’s billions of people across the world.

In the past one person (or one body – like the church) communicated downwards. We just listened and had no real way of communicating back. With the rise of the Web2.0 “participatory culture” suddenly, what was a top-down dissemination of religious information, becomes a conversation to which any connected individual can contribute.

These aspects are our friends and also our enemies. Eg how often have you hit “Send” or “Post” on something that will immediately be seen and thought “… wish I hadn’t done that”.

God on the Web

In this series on Premier Digital we will consider other aspects of new-media for Christians, such as the idea that the internet is one of Paul’s powers and principalities, what the internet does to religious authority, and what does “good” look like — good practice guidelines for Christians using new-media.

I leave the last line to Paul in 1 Cor 9:
“…I became all things to all men so that by all means, some may be saved”. 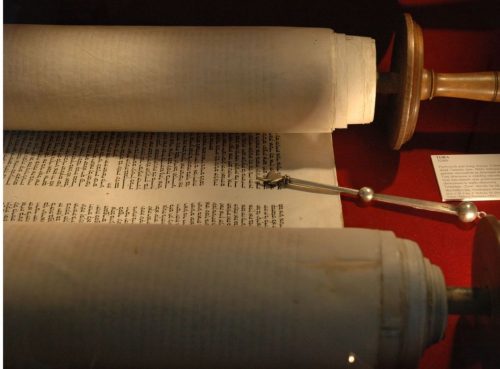 Medium in this article means “vehicle, channel, means of communication” such as social media, pen and paper etc

This article was previously published by Premier Christianity