As online games become more immersive could that make them safer?

When it comes to online games, we know that unrestrained violence, explicit sexual content and predatory adults are nothing new. A recent survey of 8–12 year olds in Ireland by Cybersafe Kids confirms worrying trends:

Moreover, on average, children are exposed to pornography by the age of 11, and some games feature violence that has been linked with anxiety and, in extreme cases, suicide.

But, in this world where parents feel outpaced and governments including ours play catch up with legislation, at least one Christian company is thinking outside the box.

Their novel approach involves kids legally “owning a character” in the game. Sounds strange right? But they think it will work and, according to investors who have stumped up US$ 20 million in funding, they think so too.

TruPlay is a 3‑year-old company based in Texas that aims to integrate Christian truths seamlessly into world-class children’s games. “Our mission is to embed Biblical truths into exciting and creative storylines”, said Brent Dusing, the CEO, when I spoke with him recently. He went on, “the average child is on a screen for 52 hours per week, but there’s almost no digital content that is high-quality and also conveys God’s truths”. That’s where his company comes in. “TruPlay is building a fun, world-class entertainment platform to invite children into a world of hope and God’s truth”. 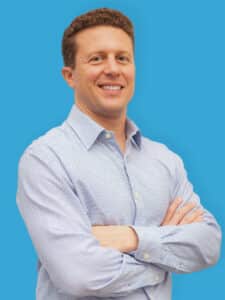 Dusing brings experience, funding and a winning team of developers and designers to this venture. And he has form. His previous company, Lightside, successfully developed a series of popular Christian games, including “Stained Glass”, which became the number-one Christian game in the App Store.

But it’s TruPlay’s latest development, the “RhymVerse”, that is making news. RhymVerse is a gaming world for children aged 5–12, with loveable animal-character heroes and scurrilous villains. In this world, God is real, and in order to fight off villains, the heroes must use varying weapons including gifts they can discover, such as faith. TruPlay has tried to make its characters authentic. So, for instance, one of the characters, Ava, has divorced parents and gets bullied at school, but finds comfort in her bass guitar. Another, Oliver, is adopted and feels beset with questions about his identity. These engaging personal stories add depth and interest but also provide the setting for a positive and meaningful Christian response to real-life issues. TruPlay is set to launch fully in 2023 with videos, rich-media games and digital comics. 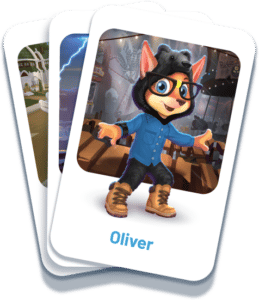 This is all great, but other Christian game developers could tell a similar story. What makes TruPlay unique?

To deepen interest and create loyalty among children, TruPlay are selling the fictional characters off.

So anyone can buy, say, Oliver.  You then own a unique sketch of Oliver and his back story, and this ownership is publicly recorded on the internet. It all happens within a few seconds. Each RhymVerse character is sold multiple times in different clothing. Prices (in cryptocurrency) start from around UK £5, although “limited editions” could sell for much more. TruPlay takes only 10% of secondary sales, ie the main driver for TruPlay is to generate interest rather than funds.

This idea, if it works, creates a loyal following from players and generates a “buzz” in the online world as these digital sales have a novelty value. But more than that, once a child owns a character, they can vote on their costume designs and receive early notification of news and events etc. 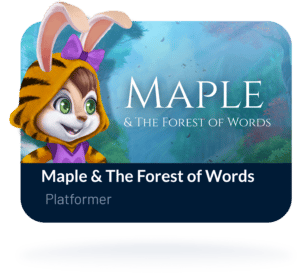 We call the technology used to do this “non-fungible tokens” (NFTs).  Using NFTs it’s possible to buy all kinds of digital art and other online assets that only exist in the digital world. On purchase, the legal rights to that online asset transfers to the buyer. It happens instantaneously, online, and is a well-documented process. In fact, in some cases, NFTs based on works of art that only exist online, have sold for millions of dollars.

In their first “sale” of RhymVerse characters on September 15, all 6,650 NFTs sold within ten minutes of release.

What could this mean for parents?

Protecting children from harmful or inappropriate content online in a kind of “walled-garden” isn’t new, but this organisation seems well-funded and has a track record of success. US$ 20 million doesn’t make them a Nintendo or a Sony, but it could potentially place them as a Tier‑1 game developer for this age range. And that would be different to the “niche Christian backwater” we often find with well-meaning but second-rate content.

But, for TruPlay to succeed, some questions remain.

Just how good – and how viral – will RhymVerse games be? At first sight they seem more appropriate to younger children. I don’t see 11 or 12-year-olds playing these. And, even with young children, surely they will want to play games their friends are playing? The fact that God shows up in these games may even deter non-Christian families from playing.

In response, Dusing says he understands the issue. He points to the fact that some of his previous Christian games have proven popular with non-Christians due to the values they advocate. Indeed, one of their games, “Journey of Moses”, was played by seven million people worldwide of which one-third were non-Christian, and across a wide age-range.

And lastly, are there new dangers to “owning the characters”? Isn’t technology that is so engaging and immersive also highly addictive?

Dusing’s response is forthright: “This is about transforming a generation using God’s truth, God’s hope. One of the reasons the world is so dark is that Christians have failed to be at the forefront of transformational technology and new media. As Web 3.0 becomes a reality, Christians need to be there”.

I agree. The direction the internet is headed in for all of us is ever-increasing engagement, virtual reality and the Metaverse. So, shouldn’t we applaud Christian companies that have a strong presence there too?

We’ll start to see these questions answered in the next 12 months as TruPlay and likely other organisations roll these projects out.

This article was written for Premier NextGen

Hello Chris,
This is outside my comprehension, being a non-techie 76 year old with no grandchildren, but the fact that people and companies are working to generate clean computer games for youngsters fills me with joy. I shall be praying for the success of this and other similar enterprises. Thank you, Chris, for investigating it and for passing on your knowledge.

Thanks for sharing your joy!

Hi Chris. Thanks for the heads-up on this. It sounds wonderful — not that I understand much of this technology but with three grandsons all of an age to use this I hope their parents will be in favour. I’lk pass this on to them. (We have another baby grandson expected in March!)

I hope its useful — and congratulations!

I know very little about online gaming Chris — I’m very old fashioned and Youtube is my limit (at age 76) but I will pass this on to young parents who might be interested. Thanks for all the trouble you take to send these thoughtful blogs. We had your Minister and his wife at Stockton Heath yesterday at our Church week-end — his ministry was ‘ace’ as the younger folk would say!