We have become a nation of furtive hand-washers. Suddenly, casually wiping our lips or touching the corner of an eye is followed by the alarming thought … “when did I wash my hands?”

Not for the first time we find that our daily news is dominated by a single topic that will run for months on end, only this time it’s not BREXIT it’s a virus. As the numbers ramp up and the daily bulletins intensify there is a sense of anxiety among many. And these days it’s not just the Coronavirus that is troubling us. Those appalling pictures of floods where people’s homes are all but submerged have become an annual event, fueling the concern that we have finally broken the climate.

Further away from home there are much more troubling times. As usual, our medias is obsessed with news close to home, and more serious events further away get drowned out  But Yemen is still on the brink of man-made starvation; families in Idlib Syria are still desperate to escape a conflict so cruel that even local hospitals have become fair game, and large parts of East Africa are still under attack from a plague of billions of locusts. In fact a plague of locusts in Pakistan has recently caused the government there to declare a national emergency. (Makes you think: if running out of toilet paper is the worst thing that can happen to us this week – then we are pretty darn lucky).

But, all in all, is this just another period of fear and anxiety– or is it something different? In fact, don’t we read of wars, famine, pestilence, and plagues of locusts in the Bible?

Is this the end times?

It’s a fair question, And the answer is yes it is. 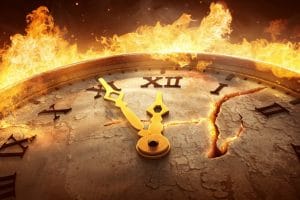 BUT we have been in the end times, (last days) since Christ’s resurrection 2,000 years ago. Theologically the last days began with that event and continue until Christ’s return. So yes, it’s the last days but no probably not the last week. More importantly, instead of joining the “Armageddon out of here” folk in our churches who tend to fixate on world events and timings, I think there are more helpful ways to view what’s happening.

Too often we reduce the Gospel to the idea that Jesus died for our sins and now we’re waiting for him to come back, end of story. But it’s important to remember that Jesus didn’t just die for our sins, and it’s not just about waiting for his return. Jesus’ life gives us clues about how we are to live, especially in troubling times. Christ-centered living in difficult times is not about escaping the world’s problems by retreating into the safety of our churches or our private theology and disconnecting from the bad world out there. It’s about embracing the struggles in life and seeing out fear and anxiety in context.

Here are two principles for living in troubling times. They are from scripture and they are easy to understand, (but of course that doesn’t make them easy to do!)

It is sometimes said that the phrase “do not be afraid” occurs in the Bible 365 times – one “do not be afraid” for every day of the year. In fact this theory has been debunked – ie however many times the Bible says “don’t be afraid”, it’s not 365. But nevertheless this statement occurs in different forms very frequently in scripture. Eg  when an angel appears to Zechariah and then Mary in the Christmas story the first thing he says is “don’t be afraid”. Or, Jesus in John 14: Do not let your hearts be troubled – believe in God, believe also in me”.

Most importantly, when God says “don’t be afraid” he invariably follows it up with the reason why we shouldn’t be afraid. So it’s not just a “come on pull yourself together!”, but a genuine encouragement, Eg:

“Do not be anxious about anything, but …. bring your requests to God, and the peace of God which passes understanding will guard your heart and mind”, Phil 4, 6–7.

“Do not be dismayed, for I am your God. I will strengthen you and help you; I will uphold you with my righteous right hand.….” Isaiah 41.

“Do not be afraid for I have redeemed you. I have called you by your name and you belong to me, Isaiah 43.1.

And so on right up to the stark summary by Jesus in Matthew 6: “do not worry about tomorrow, for tomorrow will worry about itself. Each day has enough trouble of its own”!

So fear was not uncommon among God’s people – it may have been pretty normal. But equally we see that God wants to reassure us that our fears and anxieties, although part of being human, are not the thing that needs to drive us.

Our hope does not depend on our wellbeing

As Christians we should not place our hope mistakenly in a “trouble-free life” but in God’s ability to hold us whatever troubles befall us.

Bad things can happen to Christians as well. Sometimes, it’s tempting to think that God will protect me from the worst tragedies in life such as  serious illness or accident. Somehow, so long as I am faithful in prayer, serious in following Jesus, and generous in giving, He will not let the worst disasters of life happen to me.

But road traffic accidents, relationship break-ups and cancer all happen to Christians as well. The arrangement where we follow Jesus and really bad things will never happen doesn’t exist. Instead, our security, our hope, comes from being known to God. The promise is that God will hold on to you whatever life throws at you. The promise is that there will come a point when this age comes to an end with all its difficulties and traumas. And at that point, the promise is that God will still be holding on to you – no matter if you have lost your grip on him. 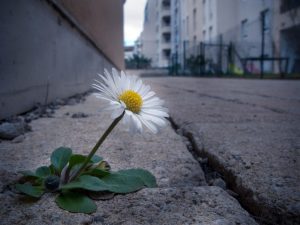 In case you want to do something more, something that will bring hope to yourself and someone else in troubling times, you could do much worse than locating the website of Tear Fund or Christian Aid and making a donation toward an immediate catastrophe. It will give you context, and it will help make our own anxiety seem somewhat overstated. 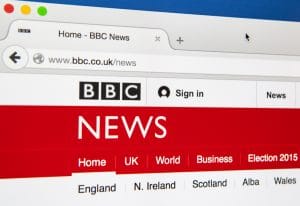 This article was also edited and published under a different title by Premier Christianity. and later published by the Baptist Times

Hi Chris, This is just to say a big Thank You for today’s blog about God’s promises. I am one of the at risk “elderly with several other medical problems”, whose doctor daughter has told us to hunker down, so we have not been to church today, nor expect to in the near further. Reading your blog just now while I do my ‘normal’ nebulising has been a real encouragement. I will endeavour to pass it on, if my grasp on technology enables me to!! It was one our grandchildren’s 18th birthday yesterday and I tried to FaceTime her without success.… Read more »

This is such a lovely email Frances — thank you so much for taking the time to write it, i am really delighted that you found the blog helpful. May God bless you in these difficult times .… and remember how to turn that microphone on! 🙂

Great read…is it OK if I use this as the basis for discussion with our church fellowship group tonight here in Chattanooga, TN?

Thankyou and sorry if my reply is late Jim — of course you can ALWAYS use anything from my website as discussion material 🙂 If you can let people know about my blog that would also be terrific .….….… OK “awesome” in American speak
I have actually been to the US (on business) probably 150 times or more — NEVER came across anyone from Chattanooga!!

Traffic is gone, long queues are gone. Gas is affordable, bills extended. Kids are at home with their families, parents are home taking care of their children. Fast food replaces by home-cooked meals, our hectic schedules replaced by naps. The air seems cleaner, the world quieter. People are conscious about hygiene and health again. Money doesn’t seem to make the world go round anymore. And we now have time, finally, to stop and smell the roses again. Is a reset button for humanity? Just keep praying and trust god.

Thanks Chris. A well-balanced, sensible post. Love the concluding comments — in troubled times, the best thing we can do is to give — our worship; our hearts; our time; our money. A great reminder.

Yeah — to myyself as well — thanks Malc!

Nice article Chris, as ever. Have passed on to my Cursillo brothers and sisters.

Thats great — thanks for commenting!

Thanks for some clarity.  Something inside of me recoils when some Christians scoff at me when I say we need to tackle climate change for our children’s future, and to protect the creation God has given us. One recent response to me was “Maranatha! Come, Lord Jesus!”. I expect their vision is that they will be “beamed up”, StarTrek-style as a wildfire crosses the land like it has done in Australia. From the depths of my heart I want reply “if that’s the case, and if I was about to be “beamed up”, I’d hope that I’d be strong enough… Read more »

Yes I also dont go in for a “beam ’em up” view of God., Ironically the one thing that will certainly benefit from coronavirus is the climate.

So bad things can happen to Christians as well as atheists and people of other faiths.
So you have a useless god!

We have a living God and a personal relationship through his son Jesus Christ . Why blame your creator when bad things happen . We live in a fractured and fallen world . Christians find help to navigate through life’s problems , we all have them , but our responsibility is to help and support others

I couldn’t have worded that better

Chris this is brilliant. Thanks for sharing it.
Such.an encouragement in troubled times

Well thought out post , thanks Chris Each of us in our locality has a responsibility to act wisely and responsibly in the circumstances that beset us . Nothing has changed God is in control , his son is there to comfort and provide peace and guidance in these times . Nothing has changed since Christ’s ascension. More than ever the great commission comes into play . A faithful trusting Cristian in his sphere of influence has a wonderful opportunity to bring others to Christ through the work of the Spirt . Grasp the opportunity , be alert . Now is the… Read more »