This Easter will you worship Jesus or Molech?

Many Protestant Christians think they are following Jesus, the God of the Bible, but in truth they have turned him into Molech.
Who’s Molech?
Molech is the angry God of the Canaanites. He storms about in the Old Testament eg Leviticus 20,1–3. He furiously demands that humans must make child sacrifices to him. He is not nice.

The above is what Bible scholars and authors such as Brad Jersak and Steve Chalke say. Steve Chalke explains that many Christians today wrongly see God as angry, vengeful, and desiring blood. Jersak and Chalke are not alone. Churches I know for example, have dropped the hymn In Christ Alone because it contains the lines “And on the cross when Jesus died, the wrath of God was satisfied”. In other words, it appears to depict God as this vengeful deity – like Molech.

Do you see God as wrathful, angry, demanding that someone innocent gets beaten up? That’s the accusation that is made. 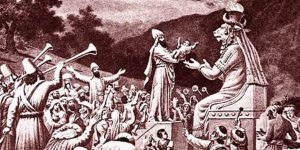 But there are other views. In particular, the church in the east and the west have different ways of understanding the cross.

In the 11th century the western church split with the eastern church – which is now mainly in Russia, Greece and Egypt. Afterwards, the two sides developed their own understanding of “how the cross works”. How it is that Jesus dying on a cross opens up a relationship with God? The western church (which would later split again into Protestant and Catholic) based their understanding on the idea of a law-court. There has been a crime, (many crimes — all our sins together), so somehow there has to be a suitable punishment, a repayment for wrongs done. So, the innocent Jesus is crucified – justice is served and seen to be served, as in a law-court. This theory of the cross is called Penal Substitutionary Atonement, or PSA (but don’t mention PSA to your GP or strange conversations will follow).

The lawcourt metaphor is what Protestant and Catholic churches overwhelmingly believe and teach. 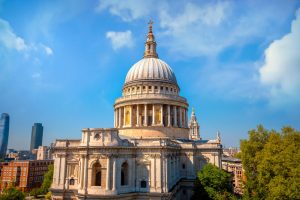 But our brothers and sisters in the Eastern orthodox church say PSA is barbaric – it makes God out to be some kind of angry tyrant. The idea of “an angry God demanding his pound of flesh” is crude and mistaken, they state. They take a different idea to the lawcourt; they take the idea of a hospital. In their understanding, the world is sick, terminally sick, and the cause of our sickness is death which entered an otherwise perfect world because of sin. The cure for this is that Jesus himself must enter death to battle with and defeat death, from the inside. This theory is called Christus Victor or Christ as conqueror. Humanity’s greatest problem, it states, is that the devil and his works have enslaved humanity through the fear of death. But, through Jesus, death is put to death.

Supporters of Christus Victor argue that PSA is about sacrifice, but God increasingly distances himself from sacrifices through the Old Testament. And, sure enough, there are passages such as Hosea 6 (later quoted by Jesus): “I desire mercy not sacrifice. Or the passage in Micah 6 about God wanting not sacrifice but for us “to act justly love mercy and walk humbly”. 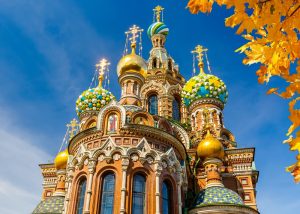 There are other theories of the cross too, (and yes, there are verses in scripture to defend all of them).

Why does it matter?

It matters if we want people to understand the cross.

People who argue against PSA say that it is incomprehensible to non-Christians who, in general, have a strong sense of fair play. “God sending someone else to die instead of you” isn’t fair. I can relate to that. As a young man there was one idea that stopped me becoming a Christian for many weeks. It was exactly this idea of fair play. To me it seemed appalling that someone else should die a terrible death for stuff I had done. Why? In the end, however, my Christian friends persuaded me that God loved me so much, it was already done — I could continue being shocked, or I could accept it. I accepted it.

But there is another was of looking at PSA and it comes from our experience as parents.  If you are a parent, you will know that you would do (pretty much) anything for your child. Your love for them is often greater than your love for yourself. So much so that, as parents, we have sometimes wished whatever illness or calamity our child was suffering upon ourselves. I know I have, and I know others have. Both Jersak and Chalke skip over the point of parental grief. That’s a mistake. Father and Son are one in ways we cannot fathom; surely the pain of the Father in witnessing the death of his Son was crushing, devastating.

And PSA raises another difficult question: why does God ask us to forgive others freely if he doesn’t forgive us freely? Demanding the death of innocent Jesus and then saying to us, “I forgive you” – well that’s not free.
But again, surely our forgiveness for each other is only “free” because of the death of Jesus?

One Gospel – more than one understanding

Penal Substitutionary Atonement is often taught as the only Gospel truth. That’s a great shame as Christus Victor and other mainstream understandings of the cross each give us a new insight into the heart of God, and a historical event which is hard to get our heads around.

Thankfully in the end we don’t need to know exactly how or why the cross works. I’m not even sure we can know. We just need to embrace it. 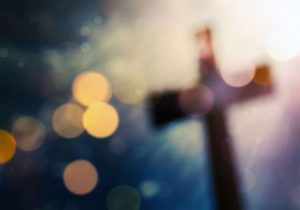 If you enjoyed reading this, try this Easter tale: There and Back Again.
This article was first published by Premier Christianity

Excellent summary of a far-reaching problem Chris. The Bible gives us various cameos, of which penal substitution is one. It can be helpful so far as it goes, but it is very risky (and quite unnecessary) to build a whole theology on such a foundation. We have to hold various metaphors intension … Like spotlights illuminating the stage from different angles. Jesus as redeemer (from the slave market) , justifier (from the lawcourt), sacrifice ‚(from the temple cult), all help, but all have limitations … That’s the character of metaphors. Happily we do not need a mechanistic theory (and do… Read more »

Yes — very helpful thought Malcolm .….. holding disconnected metaphors in tension is a good way of looking at this, and makes God ever more mysterious, ever more unfathomable, ever more intriguing. (and I’m sure it is good news :-))

Thank you for explaining this Chris. As the Gospel is so rich and deep there must be many lens through which we can understand Jesus’ death for us.

Certainly! Thanks for reading Sunil

How interesting
Many thanks!

Thanks for this Chris! I had not realised the Eastern Church had not accepted PSA. Surely there is room for both and if both are not accepted as part of God’s great plan, then the Church Universal is missing out on some important doctrine. The truth is we will never know ALL God’s heart or will however long we live. That has to await the time when ’ ear and heart ’ will know the perfect will and plan of our wonderful Creator. God bless Tina

Thanks for the thoughts Tina — yes there is room for both understandings (an ore). Maybe its like that story of the 3 blind men trying to work out by touch what an elephant is — one find the trunk, one find the tail, and one finds a leg .….