5 parables from science & technology that Illustrate the nature of God

“How can God hear everybody’s prayers, all over the world, all at the same time? …” Someone asked me this question at a church I worked at in Manchester. But while I was gathering myself to launch into a lengthy monologue about God’s greatness, omnipotence and mystery, Elaine, an older lady with no formal education, piped up: “well if Google can answer thousands of questions a second, why can’t God?” I didn’t say anything after that. And it’s true, Google currently answers 83,000 queries every second. – and all they have are “server farms”, buildings lined with racks and racks of computing.

If Google can answer thousands of questions a second, why can’t God?

But that makes you think. Are there other illustrations in the world of technology or science that make it easier to comprehend the unfathomable nature of God? I think there are a few.

The Parable of the Amazon Delivery

Take for example the uncanny accuracy of predictive analytics. That’s where Amazon tells you what you want next, or what “other people” buying your item also bought. It’s also the technology behind targeted ads that follow you around the internet offering you stuff you might want to buy based on your behaviour. OK sometimes it goes wrong and they offer you stuff you just bought (what’s the point of that?). But often they turn out to be right. Once Google, Facebook and co. have scanned or “parsed” everything you type into a search engine, the emails you send, plus anything you post on social media, it’s then just a question of crunching the numbers. We may be unique as humans but we still want the same things  “people like us” want. That makes me think of God’s omniscience – his ability to know my thoughts before I know them myself: 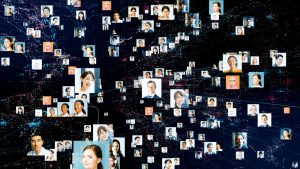 The Parable of Time

Or let’s talk about time. We are all accustomed to the idea that time is a constant – you can’t change time right? And yet for God that isn’t the case. Not only is he eternal (outside of time) but we read:

What does that mean?

Well, time isn’t quite as fixed as we like to think. We know (from Mr Einstein) that as speed increases, time slows down (or, more accurately, to an onlooker it slows down). In fact, as a person approaches the speed of light time actually stands still for that person. I am in no way qualified to explain that, but it does suggest to me that time is simply another aspect of God’s creation, subject to him, and not at all as rigid as we assumed. (After all, a day with time standing still could be like a thousand years). 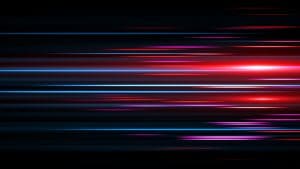 The Parable of Quantum Mechanics

Then we have what scientists call quantum mechanics. This is the world of subatomic particles, the tiniest elements we know of in the universe. Weird things happen in this world. Normally, computers work on the basis of “bits” of information. A bit of information is always set to either a one or a zero, nothing else. It is true OR false, on OR off, one OR zero. But in the sub-atomic world scientists find a particle can be set to both one AND zero at the same time, i.e. it can be on AND off, true AND false at the same time. OK no worries if you don’t understand that (me neither), but doesn’t it throw some light on some of those old debates? For example, Jesus was wholly God AND wholly man at the same time; God is three AND one; it’s pre-destination AND free-will. In each case two statements which to our simple, dualistic thinking are contradictory, can both be true, both hold together, at the same time. 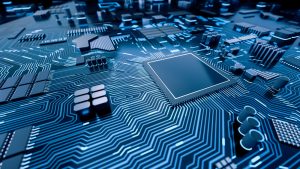 The Parable of Entanglement

But, on the weirdness scale, perhaps the most bizarre effect that scientists have discovered is what they call quantum entanglement. This is another effect in the strange world of sub-atomic particles. If you have two such particles separated by a great distance (miles), it turns out that an action performed on one of the particles equally affects the other particle even though it is a great distance away and isolated (told you it was weird). They are somehow connected or entangled” in a way we can’t see or explain. Einstein referred to this effect as “spooky action at a distance”. But spooky or not maybe it gives us an inkling into God’s ability to be present everywhere, omnipresent, in a way we can’t explain:

For wherever two or three gather together in My name, I am there in their midst- Matthew 18,v20 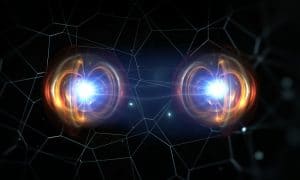 Insights from science and technology can help us comprehend some of the truths of God for the better. We should never be afraid of scientific discovery. In much the same way, in centuries past when we discovered that the world really wasn’t flat, and God really didn’t need to hold it up, our view of God changed for the better.

Where is this all going?

But, hang on, what does any of this mean? Isn’t there a risk in trying to “explain God” that we end up reducing God to an alien supercomputer (or quantum computer) connected to us with zero second connections (zero latency)? Well you could end up thinking that. In fact, you could think of the internet itself as a “God”. After all the internet is all around us, in our homes and our phones twenty-four-seven, it’s “omnipresent”. Then, since it stores all human knowledge it’s “omniscient”. And, if knowledge is power, isn’t it also “omnipotent”? And aren’t those the exact three words we use to describe God?

Of course, God’s nature, his ability, goes infinitely beyond, any of these illustrations whether it’s Google’s server farm or a quantum computer. But, far more important, such arguments miss entirely the character of a personal God. They miss the truth of a loving God who lays aside his glory and majesty to become one of us. There is no hi-tech analogy to help me understand that. They also miss aspects of God such as answered prayer, gifts of the spirit, or simply the joy of the Lord. And they miss a host of other questions such as the philosopher-scientist Leibniz’s often-quoted question: “why is there something rather than nothing?”

Why there is a universe at all is a question that science will never answer. 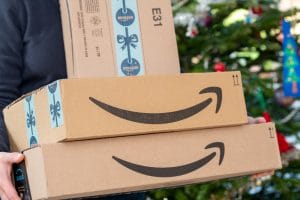 If you enjoyed reading this try The Gospel According to Google

Chris, this is so fascinating. Thanks for the thought that has gone into this — far beyond anything I could even imagine but so enlightening. How wonderful that God can’t be hacked! Isn’t He beyond amazing!
I love these blogs — keep them coming. They always put into words things which are so difficult to express.
Ax

Hi Angela — Thanks very much for your encouraging comment — this blog came from a chance meeting with Ruth Bacewicz at the Faraday Institute who I know you know. And yes thank God He is not hackable!

Being engrossed in such matters just now, all 5 Parables interested me immediately. However, I would like to comment in particular about the last one to test reaction for the line I’m writing about during this lockdown. “Why is there a universe”? Leaving aside that there are probably many universes, the question certainly applies to planet Earth and the its evolutionary progress, culminating, thus far, in humans, being a very problematical species. My question is: Why has the Creator evolved a living being who can think, and has an organ like the brain that can be aware of yet another… Read more »

7/7/20 Hi Chris, I’ve been a Christian since ‘94 and am currently enjoying (and benefiting from!) Nicky Gumbel’s Bible in a Year. Last week I found myself praying for “some kind of Christian magazine” — no idea what I was asking for really but within half an hour, without thinking anymore about it, I’d stumbled on your 7 minute website. It was just what I was looking for even though I wouldn’t have been able to put it into words! I have also said goodbye to the BBC this year, where I worked on podcasts and broadcast audio dramas plus some features… Read more »

Thank you for taking the time and effort to write such a lovely message — I found it very encouraging!
Very interesting that you worked at the BBC on such some very contemporary media formats — I am sure there is many a church that could use your experience in these days of “everything online” 🙂

Hi Chris,
Interesting article — have you come across Dr Hugh Ross, a Canadian astrophysicist and a Christian — if you haven’t take a look at this video of him explaining multiple time dimensions — amazing! https://www.youtube.com/watch?v=gW2QAJAjCxQ

Hi Stephen — thx for this. No I had not come across Dr Ross. Have been checking out his seminar just now on the different dimensions of time. Brain stretching — but fascinating!

Chris
A brilliant well thought out and articulated article
Again
Thanks very much!