The most surprising line in the Bible

What’s the most surprising line you’ve ever seen in the Bible?

I don’t mean the most uplifting or most challenging verses. Those are great and we need them. I mean verses that make you think, “what’s that doing there?” or, “why did God say THAT!?” Well here’s my top‑5. All verses which, in the past, have made me fall off my chair – and sometimes still do! 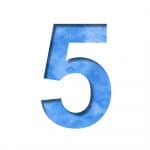 This is astonishing but refreshing, a huge blessing to all who occasionally doubt. These three words sneak into the passage where the post-resurrection Jesus is about to leave his disciples. It reads:

Then the eleven disciples went to Galilee, to the mountain where Jesus had told them to go.  When they saw him, they worshipped him; but some doubted. (NIV)

Now of course, the Bible has lots of verses about doubters, from Moses to Thomas, but this verse is head and shoulders above the rest. Understand this: these eleven disciples are the very people who have lived with Jesus for three years. They have witnessed his miracles, walking on water, healing the blind, bringing a dead man back to life.  They have spent quality time with him. And the resurrection has only just happened — they have walked and talked with God himself, who yesterday was dead and today is alive …. And some of them doubted? Wow!

If it’s OK for Jesus’ closest friends to be skeptical, it’s OK for you and me to have the odd niggling doubt. Be encouraged. It’s not a sin to have a doubt. It’s just human. 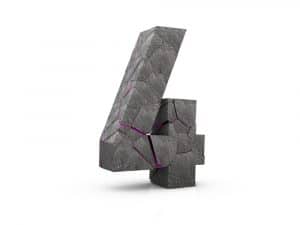 You might recall that Boney M song: By the Rivers of Babylon. It’s based on Psalm 137. But Boney M left this bit out:

I see this last line quoted by my atheist friends supposedly to demonstrate the “monstrous nature of God”. And it’s a jaw-dropper, an appalling, horrific image, but, in some ways, that’s the point. Psalm 137 is an “exilic text”, ie based on Israel’s time in exile. Before this, Jerusalem had been under siege by the armies of Babylon for two years, reducing the people to a state of famine. The Babylonians then break into Jerusalem and ransack it. Burning down the magnificent temple, they commit atrocities, torture and execution (see 2 Kings 25). Without a doubt, this would include murdering Jewish babies. Israel is then carted off to slavery in Babylon (Iraq).

Scholars encourage us to read texts like this through the lens of trauma. Trauma Theory helps us to understand. Writing from an honest place of deep trauma can be therapeutic. It’s a way to express anger and vengeance that is so intense it cannot be said any other way; it’s a safe, controlled way of expressing uncontainable latent rage. Then Psalm 137 starts to make sense. A text like that can be releasing, even healing.

#3: Loving your enemies — from Matthew 5 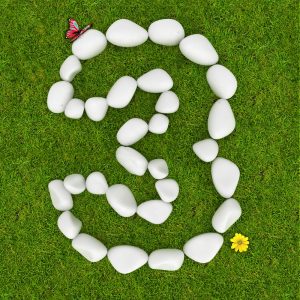 This is a unique concept in world religions. Many of Christianity’s ideas, such as monotheism, forgiveness, concern for the poor, are notable but also common among major world religions. Loving your enemies isn’t.

‘You have heard that it was said, “Love your neighbour and hate your enemy.” But I tell you, love your enemies and pray for those who persecute you”  (NIV)

Jesus uses the phrase “you have heard that it was said ….” when he is about to change or reverse an established practice or understanding. Now, the OT never explicitly says “hate your enemies”, but the idea of hostility toward enemies is implied in many places (including Psalm 137!)

These days many of us probably feel we don’t have “enemies,”, ie people who will do us physical harm. But we all have those people in our life who irritate or provoke us, at work, home or church. Demonstrating love toward them is the challenging and surprising duty of Christians.

#2: Slaves obey your masters — from Ephesians 6 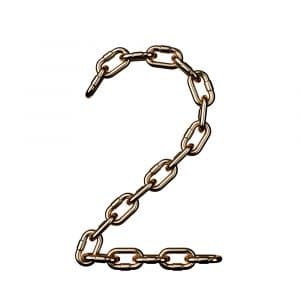 Verses like this disappoint us. We wish they weren’t there:

Slaves, obey your earthly masters with respect and fear, and sincerity of heart (NIV)

How can the BIBLE support slavery when today we know it’s so evil?

The answer is that you can’t sensibly compare the Biblical world to our world today. Obviously when you do that, slavery seems barbaric (as do lots of other things). But that’s not a reasonable comparison. The whole world was barbaric, and slavery was common. A FAIR comparison is to compare Israel’s slavery laws with the laws of other nations in the same period.

You can actually do this. We have the Old Testament law, and we also have civil laws in the same period from civilisations, including Assyria, Babylon and Sumeria. When you compare like with like, Israel’s laws are surprisingly progressive. An easy example is what to do when a mistreated slave runs away from their master. Babylonian law stated that the punishment was death. Israel’s law, however, stated that a slave coming for protection must be given refuge. So, what in Babylon was a capital offence in Israel was an opportunity for kindness.

Remember, not every word in the Bible is God’s final word on the matter. God works within the culture of the day, but He also progressively moves people on. We see this between the Old and New Testaments, and we see this in the abolitionist movement led by Christians in the 19th century.

… and my choice for the most surprising line: 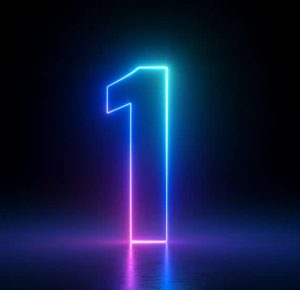 I think these might be the four most outrageous words ever written.  John sets the scene of this chapter by describing creation: “In the beginning was the Word (Jesus) …. Through Him, everything came into being”, John writes. God’s nature is always to create, and creation for God was tremendously easy. God calls into being an entire universe, and He does it with exuberance, ease, and joy: “LET THERE BE LIGHT!” (Genesis 1).

The Word became flesh and dwelt among us (RSV)

God becomes a baby … born in a back street.

Salvation for God was painful, unfair, and counter-intuitive – He didn’t have to do it.  Heaven itself must have held its breath on hearing the news … “the Word will become flesh, and dwell among them”. The humiliation, suffering and death of God is something we must never grow used to. It was a big surprise when it happened, and it’s still the biggest surprise at the heart of the Christian faith.

That my list – but there are lots of others. As a Christian, what verses from the Bible most surprise you ?

If you enjoyed reading this, here are some more surprising lines in the Bible: The 2 most misunderstood commands in the Bible, and What’s the ONE thing the Bible says is Important?

This article was also published by Premier Christianity

Matthew 5:39 As a former Sikh, I had a tough time digesting this command of Jesus.

Hello Baljit — I think Matthew 5:39 (turn the other cheek) is very commonly misunderstood. Here is my explanation, “The 2 most misunderstood commands n the Bible”: https://7minutes.net/audio-video/the-2-most-misunderstood-commands-in-the-bible/

Great stuff Chris — not often the subject is tackled! People even Christians tend not to see the biblical books in their historical context! Thanks for taking the trouble to point this out.

You’re welcome — thanks for reading!

As always Chris, great thought provoking piece.
The one line which Jesus spoke that has me falling off my chair is, ‘before Abraham was, I am’. It doesn’t come stronger than that, either the words of a madman or God, and must have left the pharisees gobsmacked.

Hi — yes that is definitely a head-scratcher Howard! Not only “what exactly did Jesus mean?” but also, as you point out, the fact that Jesus had the audacity (.… in fact the authority) to say such a thing 🙂