3 things to stop doing with the Bible

A young man in my church told me that, growing up, he felt he could not become a Christian “because of 6‑day creationism”. This is the idea that God created the earth in six days of 24 hours each. He was told that the Bible plainly teaches this — but it didn’t fit with what he was learning in the science degree at his university.

In fact, the Bible does not plainly teach this. It’s an example of 3 things to stop doing with the Bible:

1. Don’t assume there is always a plain reading of the text

“Don’t interpret the Bible, just read it”, is sometimes stated by well-meaning folks who insist on a plain reading of the Bible, which usually means taking it literally. Sometimes the Bible is literally true, for example historical books or accounts of the life of Jesus for which there is evidence. But there are also songs, stories, poetry, symbolism. In these cases, a “plain reading” with no thought of why it was written and to who, leads to narrow, entrenched views. In the worst case, it can be a stumbling block to faith.

Genesis 1 does say that God created the world in 6 days. But if we were to think of that chapter as a metaphor, story, or poem, that changes our approach. The genre really matters — it’s unlikely that Genesis was written as a scientific or engineering textbook. Maybe God did create the world in six 24-hour days, and maybe He didn’t. Surely the important point is that He created it?

There are many passages that could be similarly viewed as story. Eg take Jonah or Job. We might find out one day that the account of Job is literally true. That in the course of one day, a good man loses his home, his livelihood, and his health, and all his family die in a horrific accident, but in due course he receives back from God twice as much. Or, we might discover that this is a story written to make us think about the false views of God that Job’s friends have, about sin, and, most importantly, about the truth of human suffering. In other words, not literally true, but conveying truth.

Is God incapable of giving us a story to learn from? Is He so lacking in imagination?

Some people react badly when you say that parts of the Bible are story rather than literal. But to those people, I ask a simple question: is God incapable of giving us a story to learn from? Is He so lacking in imagination? Where do you get such an idea from? (It’s not in a plain reading of the text!) 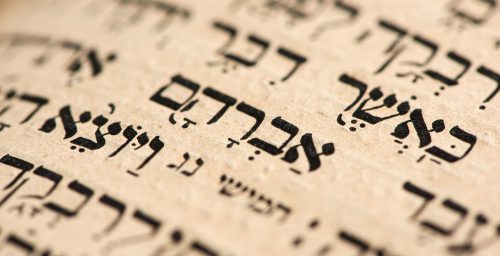 Do you need an argument against women in ministry? No problem, use 1 Timothy 2.12: “I do not permit a woman to teach or to assume authority over a man”.

Or, do you want to defend slavery? Easy! Just grab Ephesians 6:5: “Slaves, be obedient to your human masters with fear and trembling”.

Or perhaps you want to prove that everyone who says “the sinner’s prayer” goes to heaven, while everyone else burns in hell? It’s John 3.16 of course! “For God so loved the world that whoever believes in him should not perish but have eternal life”.

Whatever your view on any matter, there’s a line in the Bible that will support you, as long as you ignore the rest of the Bible. So often, we have a pre-determined view, absorbed from our upbringing or our church. We then come to the Bible clutching this view and seek the verses that agree with us, while ignoring the verses that don’t. And we don’t even know we’re doing it.

But theology is more than coming to the Bible to find a verse that suits my opinion. If you do that, of course it’s easy to make the Bible say anything you want it to say. But saying “God says this…” when he doesn’t, is an example of taking God’s name in vain.

Responsible reading means you need to, firstly, zoom-out from your favourite verse, and ask if your view is aligned with the direction of scripture. If it isn’t, it’s wrong. Perhaps your verse was given for a specific people or a unique occasion? And secondly, try reading the Bible verses quoted by people who disagree with you. It goes against the grain, but that’s how we grow in truth.

3. Don’t assume everyone reads the Bible the same way as you

It’s easy to think that everyone must interpret the Bible the same way we do. After all, it’s the same text, and it’s the unchanging word of God!

Often that is the case, but not always. Nobody comes to the Bible with a blank sheet, no life story, no worldview. We all have a background and this changes how scripture speaks to us – that is the wonder of scripture, its ability to speak into different people groups in specific ways.

A simple illustration is found in the way we think about “the rich and “the poor”. Take, say, Luke 18: “It is easier for a camel to go through the eye of a needle, than for a rich person to enter the kingdom of God”. Or, Luke 6: “Blessed are you who are poor, for yours is the kingdom of God”.

We tend to assume that “the rich” here must be people richer than us, and we generally don’t pay much attention to these warnings anyway. But that is different to the way millions of other Christians read this. “Liberation Theology” is a way of understanding the Bible that arose in the poorest areas of South America in the 1960s. According to this view, the Bible has a strong bias toward the poor. God is not neutral but favours the poor and turns away from the rich. So, when they read “the rich”, they naturally think of the capitalist west who have exploited their nation to gain advantage. In other words, they think it’s us, and they look forward to wrongs being righted. Black Theology arising from a heritage of enslavement, and Dalit Theology arising from India’s “outcasts”, also place huge importance on “the rich and poor passages”, and the liberation and reparation that God will bring about.

For most of us, our understanding of the Bible has come through white, middle-class, heterosexual men

For most of us, our understanding of the Bible for centuries has come through white, middle-class, heterosexual men. I have nothing against them, but it can mean other voices get excluded. Other theological voices can be challenging to our thinking but can expand our understanding.  Eg, Feminist Theology takes the view that the classical teachings of the church minimise the perspectives of women, whilst Queer Theology (“queer” meaning to take something from the margins to the centre) attempts to understand scripture from the perspective of a marginalised LGBT+ person.

You might disagree with these voices, but don’t assume that yours is the only authentic reading of scripture.

How then should we read the Bible?

All this sounds unbelievably hard! And there are many more “don’ts”, so how on earth are we supposed to read this book?

It’s absolutely fine to read the Bible without understanding theologies or contexts. Many passages speak with simple and immediate clarity — God can and will speak to you even if you don’t have a 100% grasp of the text. But the pitfalls I summarise here occur when we become intolerant, or we use the Bible to casually judge other Christians — which, unfortunately, seems quite often.

Coming soon! The accompanying post: 3 things to start doing with the Bible.
For now, here’s another article that may interest you: The Most Surprising Line in the Bible

Or better still don’t read the bible! If you want magical fiction, read Harry Potter the stories are far better!

.… are you suggesting the Harry Potter stories are NOT TRUE!
Slightly more seriously Neil, I would say, if you are not going to read Harry Potter instead of the Bible, that’s fine but then you probably shouldn’t critique the Bible

Thanks Chris , interesting read The guy at university would not have had a Holy Spirt guided theologian to guide his thinking perhaps ? .The main application of scripture for us is that it is ” God breathed ” it is our food We should reflect , discern and ask the holy Spirit to reaffirm what God is saying to us from the passage .Incorrect interpretation and as you say in one example ” Judging others ” can lead to division . Within the Church it can be damaging . Outside the Church context as we ” share scrpture to… Read more »

Thanks for this article. I was brought up in a strict fundamentalist family and found that coming to terms with these and other issues caused me some cognitive dissonance .… as well as putting me in direct conflcit with external family members too!

Thanks David, I think Christians can be afraid of facing up to other interpretations and also to modern-day scholarship. That’s because for many Christians their identity (and that of their family) is deeply anchored to their fundamental beliefs which they probably absorbed at an early age.
But, if we are to love God with all our minds, then that means putting this absorbed identity to one side for a moment, hard as that may be, allowing the honest questions, considering new responses and in the process discovering a more honest, and think enduring, faith

An interesting read. It makes me want to read the next section, ” 3 things to start doing with the Bible”.….. I guess you’re limited in length, but there are a few other things to stop doing too. eg Don’t apply 21st-century western morals to a 1st-century (or earlier) middle eastern culture. I know you have written about examples where it’s easy to make this mistake, and in so doing miss the radically positive change that the Hebrew or Christian rules represented at that time. It’s also instructive to compare the different ways that Christians and Muslims approach the Word of God. For a Muslim,… Read more »

Your point on original languages versus modern translations is fascinating and cuts both ways. I think it’s interesting to note, don’t you think, that Christianity is the ONLY mono-theistic faith that does not require its adherents to read texts in the original language (as opposed to Judaism / Hebrew and Islam / Arabic). That means we Christians lose on “original sense” but – as you say – we may gain on contemporary application. On your very last point — no we definitely don’t have all the answers (to anything!) — but not having them is what makes this fun dont… Read more »

Thanks Chris,
Another very well thought through and interesting article which I thoroughly enjoyed reading. It is important to point out that other Christians do have a different view while seeing the Bible with equal seriousness and authority. Challenging us on various controversial issues is the right thing to do.

Now this was very helpful and timely…echoing recent thoughts and perplexities. Raised and then made my own born again commitment to an evangelical fundamentalist faith, I believe wholeheartedly that the Bible is God’s Word… Biblical Truths will always be just that , and I can not and do not condone the dumbing down of the gospel to include the immoralities of modern society.

it is true, and i like the concept and it content in all. we need to be very careful with our reading but in all being lead by the holy spirit is so key.