3 tips to help you read the Bible well

According to the American “Death Penalty Information Center” (yes there is such a thing), 54% of Americans support the death penalty for murder. But what makes this interesting is the reason most of them give: they quote the Bible, “… it’s an eye for an eye!”

When God said: “an eye for an eye” (Exodus 21), was He really saying, “if someone punches you in the eye, punch them in the eye”. In other words, it’s good to get your own back?

This article isn’t about the death penalty, but it is about mistakes we can make when reading and quoting the Bible and how, by following 3 simple tips, we can avoid many of these.

Tip: Not every word in the Bible is God’s last word on the matter

God takes people as He finds them and provides instructions and teaching that they can understand. But He also then progressively moves people forward. We see this in both Old and New Testaments. It’s not God changing His mind. It’s God speaking into the culture of the day.

The eye for an eye verse provides one easy example.

We know that in the ancient time of the early OT, people lived violently, massacres were not uncommon, and the idea of a war crime was unheard of. If someone in a town caused you offence, you might well wipe out that entire town. Indeed, in Genesis 34, one man commits rape, but ALL the men of the rapist’s town are executed as a “justifiable” act of retribution. 99% of them hadn’t done anything– but that was justice.

Hundreds of years later, God moves his people forward with the new concept of “proportionality”. Exodus 21, “an eye for an eye” is where God now says the punishment must fit the crime; you can only punish to the extent you have suffered loss. So rather than a licence to retaliate, it was a way of limiting retaliation. This was a new teaching!

Fast forward hundreds of years again, and we find, in Matthew 5, Jesus now bringing the full extent of the law with an even more radical idea, not-retaliating physically at all: “You have heard that it was said, ‘Eye for eye, and tooth for tooth.’ But I tell you, do not resist an evil person … turn to them the other cheek”.

It’s a little bit like the way we teach our children in stages. When they’re very young, we might say, “hold my hand on the road”. With older children, it becomes, “stop, look and listen”. And when our children are teenagers, it’s “take care on that road” as they leave our house unaccompanied. On the face of it, these teachings are all different, but they are all on the same trajectory.

So, next time you see an instruction in scripture you find strange or harsh ask, “is this God’s last word on the matter?” 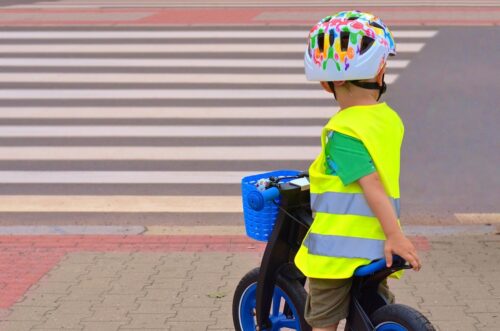 Tip: The Bible was written for us but not directly to us

We draw a lot of teaching from Paul’s letters in the New Testament, but it’s wise to remember that we are not the primary recipients of these letters.

When Paul writes to the churches in Turkey, Greece and elsewhere, he addresses topics that, often, they themselves had raised. Occasionally Paul even says, “now, regarding the questions you asked,” eg 1 Corinthians 7 v1. Unfortunately, we don’t have the questions they asked, so it’s like listening to one half of a telephone conversation. That’s OK – as long as we are aware of it.

And Paul sometimes offers an instruction that made sense in that day but may no longer apply to us. This one is tough. It’s really hard to distinguish between cultural norms and eternal truths, and churches have disagreed and split on these topics. They include the lengthy debates churches had first on divorce, then the role of women, and now sexuality.

Is this a cultural norm, or eternal truth? is a tricky but essential question to ask, particularly when reading New Testament letters. 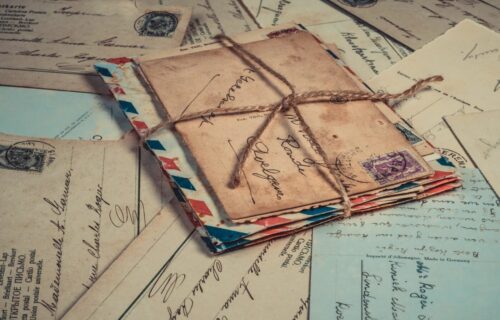 Tip: Sometimes the Bible is PRE-scriptive, and sometimes it is DE-scriptive

When driving on the motorway (highway!) we readily understand that a speed limit sign is prescriptive. It’s a command. But a road sign showing a destination is clearly descriptive. We don’t have to go there.

Similarly, just because something is clearly stated in the Bible doesn’t mean it’s there for us to follow.

It might simply be describing a situation at the time. Sometimes it’s obvious, eg the Old Testament describes acts of cannibalism, child sacrifice, and “group rape”. These horrific situations describe the state of depravity in the nations, occasionally even in Israel, — or sometimes they are warnings from God as to what would happen in the future. Our atheist friends like to draw on these as “look at what the Bible says ….”. but these are only descriptive, not “go and do likewise”.

On other, equally plain occasions, the Bible does prescribe what we should do. Examples include the commandment to love God and love our neighbour, the frequent command to look after the poor, and Jesus’ instruction for his followers to love one another (although ironically, that’s one we agree is prescriptive but we often act as if it were descriptive!)

Those examples are straightforward. But in other cases, it’s harder to decide if something is prescriptive or descriptive, and big mistakes can be made. As recently as the last century the Bible was used prescriptively to defend slavery, showing how the church can get things catastrophically wrong.

Here’s one to think about:

In Acts 2, v42-47 we read that the early church “devoted themselves to teaching, fellowship, and prayer”. But people who support this (including me!) don’t go the whole way. For example, the early church met every day, in people’s homes, not church buildings, and believers shared all their possessions between them. Not many mainstream churches seem to do that, yet we often view Acts 2 prescriptively, the ideal of how a church should be.

Do you believe churches today should treat this passage as prescriptive or is Acts just describing that church, different time, different place? 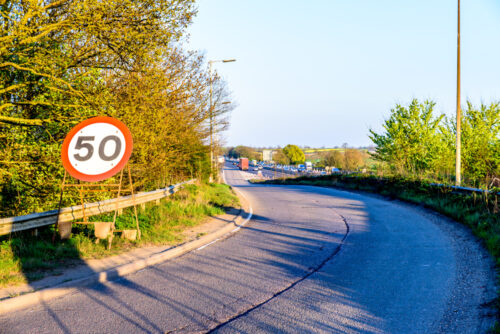 What if I can’t remember all that!

The Bible is first and foremost a book given by God, to everyone, for our “training in righteousness … that we would be thoroughly equipped for every good work”, 2 Tim 3.16. Great chunks are easy to understand, and we shouldn’t let the hard bits put us off.

So don’t worry if these tips sound difficult. There is something about simply spending time daily in God’s presence that nourishes us over and above whatever we might study, learn or remember. The very fact that you spend time with scripture will encourage your faith and provide a solid framework for life’s events. So keep reading it!

If you enjoyed this, try the accompanying article 3 things to stop doing with the Bible.

Article also published by Premier Christianity in the UK. All Chris’s work for Premier can be found here

I think I have laid out the argument for why it is not prescriptive.
How do you defend your statement Neil?

Thanks Chris a great article and well thought out .
I feel we have to take the bible as a complete journey from Genesis to Revelation .
If the reader of your article is a Christian then we have to take the viewpoint that it is written for us and directly to us . You can find the trinity in Genesis and the purposes of Christ for example in the story of Hagar , just as much as you can in the New Testament as you have alluded to in the Acts 2 Church .