Ben Stokes: Redemption, forgiveness and the God of second chances

Even if you didn’t, you surely saw the headlines.

That last hour of England’s World Cup Final against New Zealand was an adrenalin rush, and the performance of one man, Ben Stokes, astonishing. Of course, it’s a team game, the whole of the England team played well, but Stokes’ innings was a gamechanger. In the final scene, Stokes, shirt streaked with sweat and dust, falls to the floor, exhausted, overwhelmed with emotion, looking every bit a national hero.

And yet less than two years ago Stokes knocked one man unconscious and seriously injured a second man in a street brawl after a drinking session. It was caught on camera. His extreme violence shocked many and provoked a national clamour that he be dropped from the England side. It was the behaviour of a thug.

On the night of his outburst, off-duty policeman identified Stokes as “the main aggressor”. There was a trial which surprised many when Stokes was found not guilty. His foolishness in even getting involved in a street fight however was condemned by England bosses. They fined him and banned him from several matches. Many felt Stokes had got off lightly. 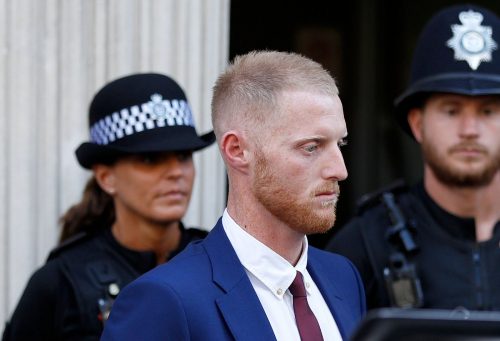 But today Stokes is our national hero

Several newspapers are runnning headlines declaring that Stokes has now redeemed himself. I’m not sure what they mean by “redeemed”, but if forgiveness comes from becoming a sporting legend, the rest of us have no chance (least of all, me).

What has Stokes actually done to earn forgiveness apart from playing cricket? And is it OK that young boys and girls all over the world are now gazing up at him in awe?

Of course, forgiveness and redemption come ultimately not because of sporting genius but because of apologies, because of making amends.  Forgiveness is not about being a celebrity or superstar. It’s about being sorry, its about wanting to do the right thing next time. There were apologies from Stokes after his trial to the people he injured and the thousands who admired him. We should take him at his word, but few of us will ever know how much his apology was genuine, and how much was a PR exercise orchestrated by the cricketing authorities.

At the same time, it is unfair – and un-Christian, to label Stokes as a thug for the rest of his life. If the gospel teaches us anything it is that we are not defined by our past 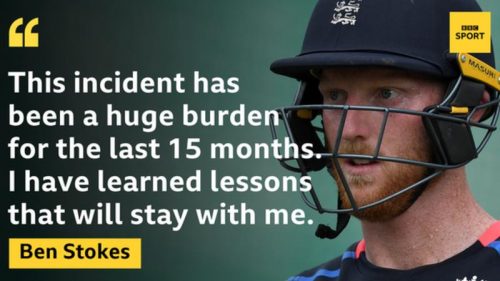 We have all done things we are ashamed of. I for a start had a criminal record in my teens (sorry if that shocks!). But, thank God, we can leave those things in the past and step forward the God of second chances. In fact, he is the God of third chances, and fourth chances … and hundredth chances. He is always cheering us on, always encouraging us to get up and try again. But if those regrettable incidents of the past have not somehow changed us for the better, we can end up believing they just don’t matter.

In Stokes’ case his past contains several incidents of uncontrolled aggression. But controlled aggression saved for the field of competitive play, can be a huge lesson for adults and children. Is Stokes using that incident in the street as a learning point for the bat wielding children of England this Summer? Or is the lesson for children that, whatever stupid things you do in life, it doesn’t matter as long as you are popular?  Judging by the numbers of people on Twitter calling for Stokes to be knighted, he has the public in the palm of his hand. What a great place from which to promote a positive lesson!

Is the lesson that, whatever stupid things you do in life, it doesn’t matter as long as you are popular?

We love the story of someone who falls from a great height, his character gets torn to shreds, but somehow he returns and makes it all good. It’s the basic plot of many a great film. And for sure Stokes has had a tough time – both he and his family – and he has come through it, shining. And he played an amazing match — he deserves his recognition. But, once the dust settles, he now has opportunity to do much more than be infamous or famous. The impact he makes now depends on how he chooses to behave, how he chooses to share the lessons he says he has learnt. He can be much more than a loveable rogue. 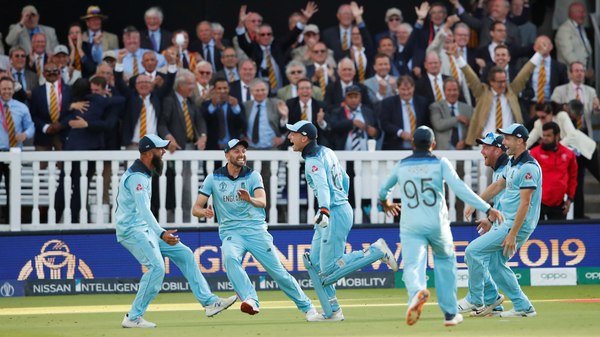 If you enjoyed reading this, try 5 things I wish I’d known when I became a Christian
This article was first published by Premier Christianity.

No matter how bad you are, how evil you are. God is still willing to give you another chance to be a better one. It’s not too late to be in light again.

Very weak article on stokes . Like so many a poor representing of Christianity . Give one eg from scripture where Jesus builds a Christian truth on a godles men ? And the man is commended . Incidentally what you think of the story of Liddell or studd … who gave up everything for Jesus ?

Hi Vinny Thanks very much for reading and commenting. Re your question of where Jesus builds truth on Godless men .… what do you mean by Godless? That’s important — and how do you judge someone as Godless? Jesus and the NT actually does commend the persistence and simple belief of people who had no knowledge of the Judeo Christian God — several times and often using a phrase like “I have never seen faith like this in Israel” eg the Centurion’s daughter or the Syro Phonecian woman (who made the reply that even dogs get to eat the crumbs… Read more »

Thankyou for your reply chris . Vinny

Interesting article but not sure behind the headlines about where Ben Stokes is in terms of faith and redemption.. seems a bit tangential ..

Topical and enlightening as always
Thanks Chris