Why are there weird stories in the Bible?

You will have noticed some strange goings on in the Bible. Things can get awkward. We struggle to understand.

Take this passage in Exodus 4:18–26: Here, God sends Moses on a mission to go and talk to Pharaoh. But then God meets Moses on his way there and wants to kill him! (… wait! what?) Moses’ wife Zipporah, who it seems was a quick thinker, rapidly circumcises their son with a knife and lays the foreskin at Moses’ feet. This seems to do the trick and God goes away … That is definitely odd.

Of course, we can always apply the much-used Old Testament filter … “well it’s the Old Testament isn’t it…”, and dismiss this story. We distance ourselves from that sort of thing, as though the God of Old Testament was entirely different to the God we see in Jesus.

But it’s not just the Old Testament is it.

You may know the account in Matthew:15,21–28. Jesus ventures north of Galilee with his disciples. While he is there, a non-Jewish woman approaches him with a moving and understandable request “… my daughter is terribly sick, have mercy, give us help!”. Jesus’ reply seems shocking. He says “I am here for the Israelites (the Jews) …. It isn’t right to take what is theirs and give it to dogs”!

There are many more. Like when Samson sets fire to a bunch of wild foxes (Judges 15), or when Noah gets drunk and naked (Genesis 9). In these and many other accounts, we struggle to see the point, we even don’t recognise the God we know, and that can make us uneasy.

You could look up any difficult passage in a decent commentary and study what was going on, but it’s easier if you can remember two things:

The Bible was written for us but not directly to us

In the curious case of Moses and the foreskin, we don’t immediately grasp that Moses has disobeyed the direct command of God to circumcise baby boys. (And this is the latest in a series of failings from Moses — he really doesn’t want to go and talk to Pharaoh). Circumcision, the sign of belonging to God’s people, was more important than we non-Jewish believers could ever imagine, but God took it seriously (… and I daresay so did Moses after this incident).

Similarly, in New Testament letters we find situations and cultural problems that were quite unique to churches the letter was addressed to. Whether it was arguments about some women who talked too much in one church, or circumcision of believers in another, these were problems that cropped up at a time and a place. Specific instructions were written to them.

Of course we must take care not to over-play this idea. The Bible was written FOR us, for our education, our guidance and, as the living word of God, we must not automatically assume “this doesn’t apply to me” – mostly it does apply to you, (and me). But equally, we do find passages that really only make sense in their time. It’s only experience, led by God’s Holy Spirit than can show us these, and sadly, they are the cause of many church divisions. 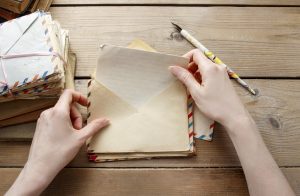 What about Jesus’ treatment of the woman in Matthew 15? It seems rough, even brutal. But look a little closer.

She was a Canaanite (Israel’s old enemy) and most likely a pagan (worshipping created objects). Unclean and not someone a Jew would associate with, she would have known the common taunts she would receive from Jews. Furthermore, it’s likely that we only have a summary, the gist of what was a longer and playful conversation between Jesus and this woman. We don’t see the twinkle in the eye of Jesus as he offers the well-known Jewish insult she would expect – to see how she and others will react. And in fact the woman takes up the challenge in her spirited reply: “yes Lord but even dogs get to eat crumbs that fall from the table!”. Her response and her faith is rewarded and her daughter healed.

Jesus spoke a lot about what actually makes us “unclean” (including earlier in the same chapter). It’s not who we are that contaminates us, it’s the state of our heart. And to prove a point, before and after this event Jesus frequently breaks cultural boundaries to minister and talk with the “unclean”, eg prostitutes, thieves, a hemorrhaging woman, and of course tax collectors.

Not every word in the Bible is God’s final word on the matter. There are many instances where we see this, including, for example, the Sermon On The Mount. Here Jesus repeatedly brings people to a new realisation of God’s commandments in the Old Testament: “You have heard it was said ….  but now I tell you …”. Some authors talk of using Jesus as a “lens” through which to view the Old Testament, and I have always found that helpful. 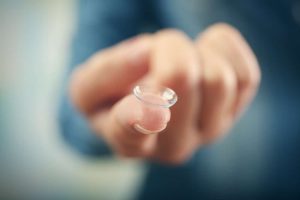 So, it’s easy to become uncomfortable or even sidetracked with the unusual accounts we find in the Bible, and our atheist friends love to quote these examples (incorrectly!).  But let’s not forget the weirdest story of all. The old old story. The one that has puzzled men and women for centuries. Let’s not lose sight of it’s audacity, it’s offensive nature by becoming too familiar with it.

The birth of God in a stable, the death of God as a criminal … You couldn’t make that up. That’s weird.

What about extreme violence in the Old Testament? Try reading Questions we’re afraid to ask about the Bible

Noah got drunk! … when did that happen?

Good question. Also look up: what did happen after that?

Most excellent
Clear concise aNd helpful
Thanks

Great points Chris! I continue to be fascinated about how the Bible tells us ‘as it is’ without hiding people’s sin, mistakes or weaknesses.