Why do Christians Lose Their Faith?

Some time ago, an elderly gentleman approached me after I had finished speaking in church. Holding back his noticeable tears he simply said, “… thank you for saying its OK to have doubts”. More recently another, younger Christian, told me he has lost his faith completely — the Christian faith just holds too many doubts for him.  And, most likely, this Summer, you will have read about high profile Christians Joshua Harris and Marty Sampson announcing on social media that they no longer believe.

Is it OK for Christians to have doubts? What kinds of doubts? When does doubting result in a crippling loss of faith? Are there people who have pretty much lost their faith but still come to church, hiding their non-belief, either to maintain an image, or for the social circles that church provides? It seems even some ministers cling on in this way. 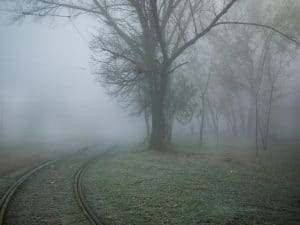 Why do Christians lose their faith?

I believe there are two main reasons.

Of course, these are difficult questions, period. We shouldn’t minimise them but nor can we examine them in a few paragraphs such as this. The links below this article actually relate to short blogs where these questions are discussed in depth. If these questions bother you, do take the time to look.

As well as that let’s not forget that there is huge intellectual incoherence to atheism. Hard atheists have a belief system as well, and it has many holes. Eg, they believe the universe exists by complete chance, they believe nothing exists beyond this life, and that ultimately science alone will explain everything. None of these can be proven. In fact, the universe, they say, is just a gigantic car crash, an unplanned, un-initiated big-bang that somehow resulted in a stunningly beautiful world. This is so incoherent that some Christians who have had a crisis of faith end up having a crisis of doubt and returning to faith.

Secondly, Christians lose faith because we are disappointed with God

My neighbour told me recently that he lost his faith when a good friend of his died, young and suddenly. He was a lovely kind man, the sort that would do anything for anyone. His death was tragic.

This kind of thing shakes us – it’s hard. We feel God has let us down badly, so badly that maybe he’s not real. But the problem here is that as Christians we easily fall into the false idea that God owes us something. We get the idea that we have a special deal with God, and this deal means that God will not allow anything really awful happen to us. It is tempting to think that if we pray, pursue good works, give away our money etc then we won’t face the big disasters in life … terminal illness, loss of a child, serious accident. …. But there is no ticket to a life free from calamity. There is no deal like that. Instead, “the deal” is about God walking with us , wherever we go, even taking on our suffering himself, and with the promise of a deeper, eternal relationship to come..  But for now, we all share in the broken nature of this world, and that impacts our lives at many levels.

Why did God let that happen? Why did God not heal? … are fair questions to ask of God. In fact, asking them is an important part of learning to integrate faith and life, because we start to see that God is very much present in these events, just not in the ways we thought he might be. This leads to a relationship, a trust in God so that, although we might not know the answers, we become content to sit with the questions. 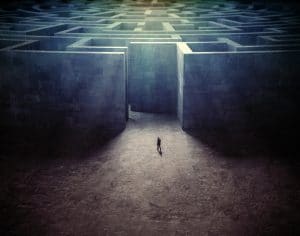 And along with these questions we need a healthy view of doubt.

Of all the incidents of people doubting God in the Bible (and there are many) perhaps the one that amazes me the most is the disciples right at the end of Matthew’s gospel:

Matthew 28.16: Then the eleven disciples went to Galilee, to the mountain where Jesus had told them to go. When they saw him, they worshipped him; but some doubted.

These guys have lived with Jesus, they have soaked in his teaching, witnessed his miracles and have even seen him resurrected. They have talked, walked  and eaten with a Jesus who yesterday was dead and today is alive. And some of them still doubt? Wow!

If it’s OK for them to be sceptical – and Matthew records it – it’s OK for you and me to have the odd niggling doubt.  It’s not a sin to have doubts, it’s just human. As someone once said: “Courage is not the complete absence of fear.  Courage is doing the right thing even in the face of fear”. Faith is not the complete absence of doubts. Faith is trusting even in the presence of doubt – even when I don’t understand.

Winning through genuine doubts to a place of greater confidence

Christian tradition speaks of “the dark night of the soul” – a kind of spiritual crisis, which can include a crisis of doubt. And recently a lot has been written on “faith deconstruction”. Whether or not you feel these phrases apply to you, genuine and overpowering doubts in life can hit any of us, and when they do, it feels alarming, like the rug is being pulled from underneath us.

But, in fact, most of us need to experience some kind of crisis of faith, some dark night of the soul, for our faith to be hardened, to be made real. Janet Williams in Seeking the God Beyond explains that God can use such times to call us to a new and deeper relationship. She compares this experience to a child learning to ride a bike with stabilisers (the tiny, extra wheels at the back that stop it toppling over). Although the stabilisers provide comfort and losing them might seem terrifying, in the end they hold us back from a much richer experience.

Facing up to the hard questions, working through our doubts is key to a lifelong relationship with God that is constantly maturing. These occasions are an invitation to grow in faith. Apparently in Luxembourg each year there is a hopping race where you must repeatedly hop 2 steps forward and one step back. That’s a good picture of how faith matures. I believe it’s in the hopping back, it’s in the questions of life, that we are forced let go of our false idols, our comfort blankets, and discover something new about the mysterious, compassionate God we serve. 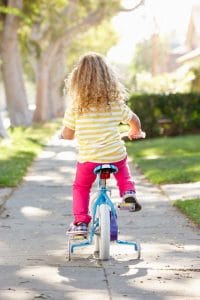 Why does God allow bad things to happen?

Do Christians Muslims and Jews Worship the Same God?

Why are there Weird Stories in the Bible?

Questions We’re Afraid to Ask About the Bible

Do You Have Enough Faith to Be An Atheist?

Atheism is very definitely a belief system. You need to catch up a bit Neil before making such a comment — maybe view some discussions between Theists and non Theists like John Lennon and Richard Dawkins or Alistair McGrath and Dawkins or some of the New Atheists so called . It takes a lot of faith to be an Atheist — the odds are stacked against such a system from the point of view of Philosophy, Religion and Science. Justin Brierly hosts some great debates on ‘Unbelievable’ — check it out —

How can atheism be a belief system? Is not collecting stamps a hobby? I don’t believe in unicorns, pixies, Santa or leprechauns either are those belief systems?
Also it takes no faith at all to be an atheist. I consider faith to be useless and have no time for it!

I am as much of an atheist that you can be, so if that makes me a hard atheist then so be it. But it is not a belief system.
Atheists believe lots of different things. Your example “nothing exists beyond this life” is a silly statement! As I said atheism is not a belief system so I cannot answer for atheists, but for myself lots of things exist beyond this life, Planets, galaxies, nebulae. etc.
I have no faith!!

Hi sorry my email should have read John Lennox (not John Lennon) I doubt if the latter would have thought through the implications in this debate!:-]

Just read your excellent article on doubt in Christianity. I am sure that a lot of people will benefit from the article. You have s wonderful internet ministry. I hope you are able y key up the good work for many years.
In some church situations, like some house groups, where to raise the issue of a biblical paradox, let alone a personal doubt, is tantamount outright heresy.
Thank you

You have created a strawman of the atheist. It is not a belief system, it is the lack of belief in gods. Other than that atheists believe lots of different things. You, the theists believe that the universe came from nothing, conjured up by a magical being. It’s no wonder you have doubts!

Thanks Chris . We all go through difficult times , doubts , trials . These are normal for a Christian . We don’t like them , but they should and do make us stronger . I question the commitment in the first place , if people lose their faith . I don’t think people really do . Once a believer always a believer . Trials and suffering make us more Christ like and make us come forth as gold for Christ’s glory . It’s ok to doubt and have questions but the first place to go to is into God’s… Read more »

Thanks Mike — I think your “once a believer always a believer” is close to a Calvinistic view, probably not my opinion though. Certainly agree with your first statement about making us stronger though

Good to meet you albeit very briefly at Creamfields. I am the older lady you spoke to in the Red Area as you came to do your shift on Saturday; thanks for this new subject. Co-incidentally I have just finished watching an interview Justin Brierly had with an American Pastor who lost his faith and ‘came back’ years later. He explains the reasons for his return to faith on the website thefaithpuzzle.org ‑thought you might like to check it out!

Hi Tina
Thanks for taking the time to comment — and yes of course I remember meeting you at Creamfields. I will surely check out that interview — I am an avid follower of Justin both on his weekly “Unbelievable?” podcast and his Big Conversation interviews, so thanks for the tip 🙂