Why do Christians clash? … conflict in the church

You may have heard of the Christian stranded on a desert island for many months, entirely alone. Eventually, a passing ship picks him up. As they are leaving the captain asks:

“What are those three huts on your island?
“That’s my house, and that’s my church” the man replies, pointing.
“And what about the third hut?”
“Oh that’s where I used to go to church”.

Yes it’s an old joke, but here’s a recent comment:

Churches are more vulnerable to conflict than any other group, community, or organisation

This comment might surprise you, but I suspect it won’t surprise many of us.  This is a view among several church mediation specialists. Yes it is just their ad hoc view, but if you have been a member of any church for more than a couple of years, you will recognise that people in church do fall out. Muttering and murmuring is not unusual …

“Why have the leaders not addressed this? That’s what they’re there for!…”
“This music group never listen to me, they completely ignore my opinion…”

How do we feel when we find ourselves in a church conflict? If you’re anything like me, it’s hard to stop thinking about it. You feel angry, hurt, your self-esteem is damaged and you find it hard to communicate. The original “offence” might have been quite minor:

“The youth group left the hall in a mess — again…”
“Shhh!” … the glare directed at a family with young children as the service begins…

But maybe it was repeated – or maybe it was the last straw in a series of “thoughtless actions”. You stoke it up in your mind. Maybe you silently “rehearse” what you will tell the other party when you give them a piece of your mind. You can’t stop thinking about it, you nurse your feelings of victimhood — and become even more angry. Or maybe you’re the confrontational sort. You rise-up and your frustration gives you “licence” to make comments that will hurt, perhaps even at a church meeting.

“The previous minister would have sorted this by now!…”
“My mother left those for the church. Who said they could be thrown out?…” 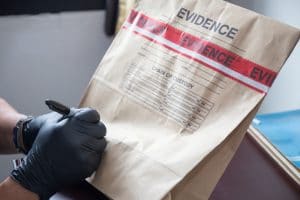 To be sure, we don’t like it, we would rather it didn’t happen, we pray about it, but conflicts in church are common. Maybe more common than our workplaces or friendship groups.

Why do we get into disputes in our churches? And why can they appear harder to resolve than, say, in our workplace?

We have high expectation

We treat church as a special place with standards higher than the world and we expect (other) Christians to meet these standards. Whereas at work or with our neighbours we might overlook an offence or inconsiderate comment, in church we are the body of Christ so people should behave better than that – right?

We have high ownership

We identify with our church at a deep level. Our church is part of who we are. It’s our special place. We work hard at running our groups; we dedicate ourselves to making our entrance-halls look friendly; we care about how the coffee tastes. This is all good, but ownership can go too far. We can be intolerant of anything that threatens “the way we do things round here”. We quickly take against certain kinds of speaker or worship, and, yes, we might even have our own “reserved seat”. The stakes are high indeed!

But we have a volunteer mentality

At work we have passionate disagreements. Sometimes face to face, or sometimes by email where there is that competition for who can send the last email. But in most cases they are resolved quickly because we have established hierarchies and … well in the end, we want our pay cheque. So I disagree with my boss, we have a stand-off, but then he calls the shot and like the Roman Centurion says “Chris, just do it”. I do it and get on with my job. And people who work for me might get irritated with me, but in the end I say “look that’s the way it has to be” and they accept that. Usually relationships recover quickly.

In church it’s more like herding cats. Gently, repeatedly persuading people to come over to our way of thinking. This is the best way – it’s distinctive — but it can also fail. Then we feel hurt. We get cross. Eventually we may even take out our metaphorical revolver, hold it to the head of the leader who “failed to support us” and release the fatal shot … 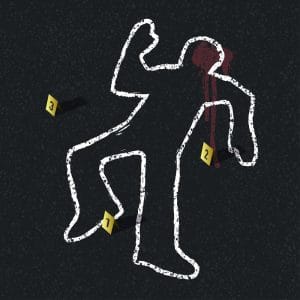 WHAT can we do?

Firstly, take heart — the Bible is packed with conflicts!

The Bible is all about conflict. If we took the quarrels and battles out of the Bible we would end up with a thin, unexciting, read. Think I’m exaggerating? Take a look. Of course, gruesome battles and family back-stabbing litter the Old Testament, but look also at the New Testament. There are disagreements over who gets what (Acts 6), arguments about how new believers are treated (Acts 15), pleas from Paul’s to leading women to resolve their quarrel (Philippians 4), and Paul himself falls out with Barnabas (Acts 15) and Peter (Galatians 2). In fact every one of Paul’s letters references some conflict between Christians. Even Jesus did not deny conflict – more often Jesus was the cause of conflict … And of course the reason Jesus died on Good Friday, was to resolve a conflict.

What do we learn from all these conflicts? I’ll be looking at scripture and interviewing church mediation specialists to find out. Come back soon! In the meantime a question:
Do you agree that conflicts are common in church? Why?

This post is the first in a short series.The second part A Battle to be Won or a Problem to be Solved is also now available.
This series is based on an article by Chris Goswami that first appeared in Christianity Magazine.
This post was also published by The Baptist Times
Please note, the images in this post are purely for fun! 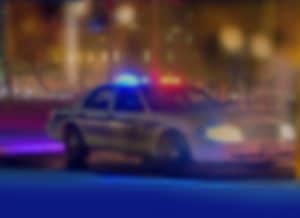 […] In this 3 minute radio interview Chris explains the basic Biblical principle of resolving disputes. It’s never easy but the biblical advice is actually straightforward. This podcast accompanies our blog series on managing conflicts. […]

[…] post is part of a short series.The previous 2 parts were  Why do Christians Clash?  and A Battle to be Won or a Problem to be Solved? This series is based on an article by Chris […]

The best Book is the Bible of course but also John Ortberg Everybody’s normal till you get to know them.People can be so hurtfull especially towards ministers we have first hand knowledge of this,and 20People

Thanks Marilyn I might use that .… everybody’s normal till you get to know them 🙂
Or something I have sometimes thought .….….…. church would be great if it wasn’t for the people!
(kidding :-))

Thank you for your reply.It is a very good book talking about how we relate

[…] post is part of a short series.The first part was  Why do Christians Clash? This series is based on an article by Chris Goswami that first appeared in Christianity […]

An important topic that we need to face up to and think about. Our churches are far from immune to conflict, a level of honest discussion as to why that is is definitely needed.

Thank you for flagging up this delicate but important subject Chris. I think the issue of expectations is especially important. We set higher standards for other Christians, especially those in leadership and so it is easy to feel let down. I think also there is also a naive belief at times that all we need is good intentions, which again will lead at some point to feeling disappointed. Having said that conflict handled well can lead to greater unity and purpose. If we can grasp that then maybe we would be less fearful of it and create more space for… Read more »

Yes I my experience is that people view church in a different way to other social circles. I think its right to do that but we do have, as you say, unrealistic expectations at time.